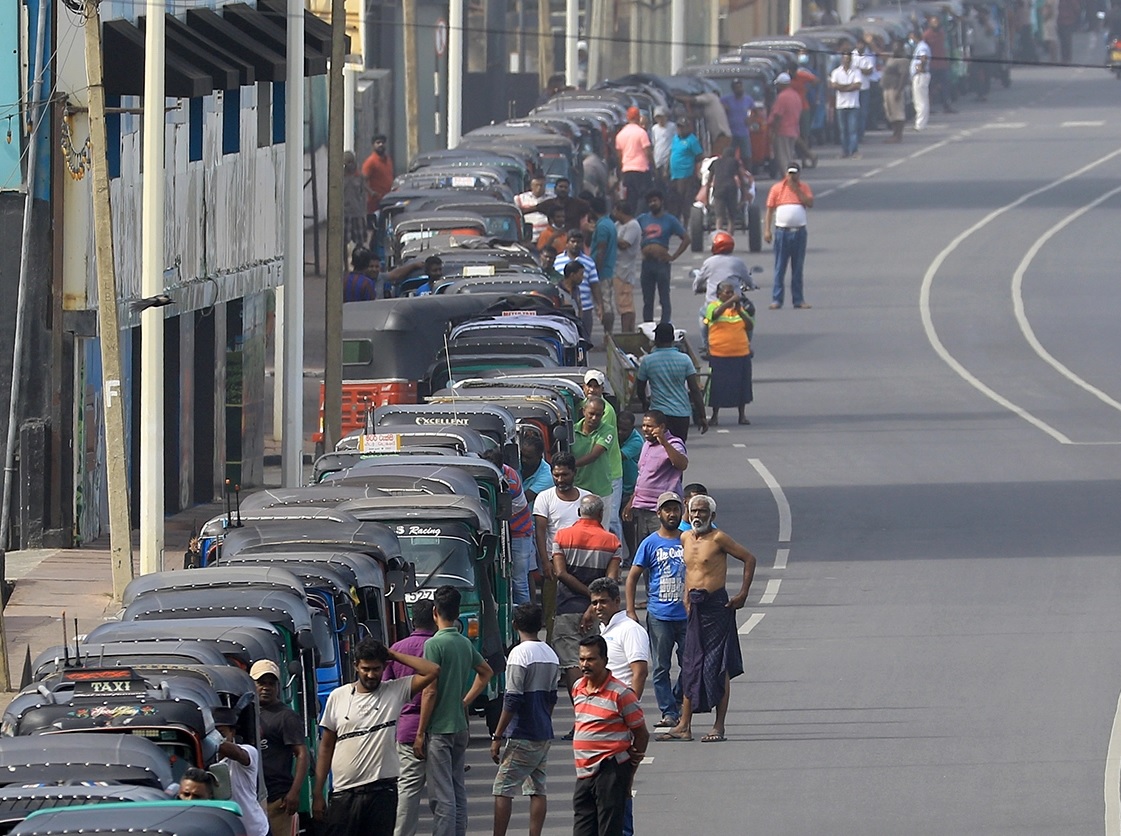 This crisis has had a serious impact on the enjoyment of human rights for the entire population, the experts said.

“Time and again, we have seen the grave systemic repercussions a debt crisis has had on countries, exposing deep structural gaps of the global financial system, and affecting the implementation of human rights,” said Attiya Waris, UN independent expert on foreign debt and human rights.

Sri Lankan President Gotabaya Rajapaksa stepped down on 15 July, after fleeing the country as protestors stormed key government buildings in the capital Colombo. New leadership has been elected by the Parliament today.

Mass protests broke out in March following heavy shortages of food, fuel, medicines, and other essential items compounded by a series of ill-conceived economic reforms like tax cuts and servicing debt payments that ate into the country’s forex reserves. Prolonged disrupted access to food and healthcare has severely affected people with illnesses, pregnant women and lactating mothers who are in serious need of life-assistance.

Earlier this year, UN experts urged the Sri Lankan government to guarantee the fundamental rights of peaceful assembly and expression during peaceful protests as thousands of people gathered in front of the President’s office in Colombo, demanding his resignation over corruption and mishandling of the economic crisis. On 9 May, the UN High Commissioner for Human Rights Michelle Bachelet condemned the violence which erupted across the country, killing at least seven people.

As foreign reserves dried up, unable to make interest payments on the loans, the country defaulted on the debt of USD 51 billion in May 2022. After suspending all debt payments, the government took steps to restructure the country’s debt with the International Monetary Fund (IMF). In June, IMF staff noted that significant progress had been made on the staff level arrangement on the Extended Fund Facility.

“Any response towards mitigating the economic crisis should have human rights at its core, including in the context of negotiation with the IMF”, Waris said.

The UN experts noted that the issue of rising institutional debt had been flagged in a previous country visit report to Sri Lanka in 2019. The report found that debt repayments were the country’s largest expenditure, and emphasised the need for complementary alternatives and pursuit of less harmful policy options.

In July 2022, inflation in the country hit a record high of 54.6 per cent while food inflation rose to 81 per cent. The snowballing economic and debt crisis was deepened by the government’s hasty and botched agricultural transition. Under such conditions, the World Food Programme has launched an emergency response, warning that nearly 62,000 Sri Lankans were in need of urgent assistance.

“Sri Lanka’s economic collapse needs immediate global attention, not just from humanitarian agencies, but from international financial institutions, private lenders and other countries who must come to the country’s aid,” the experts said. (Colombo Gazette)