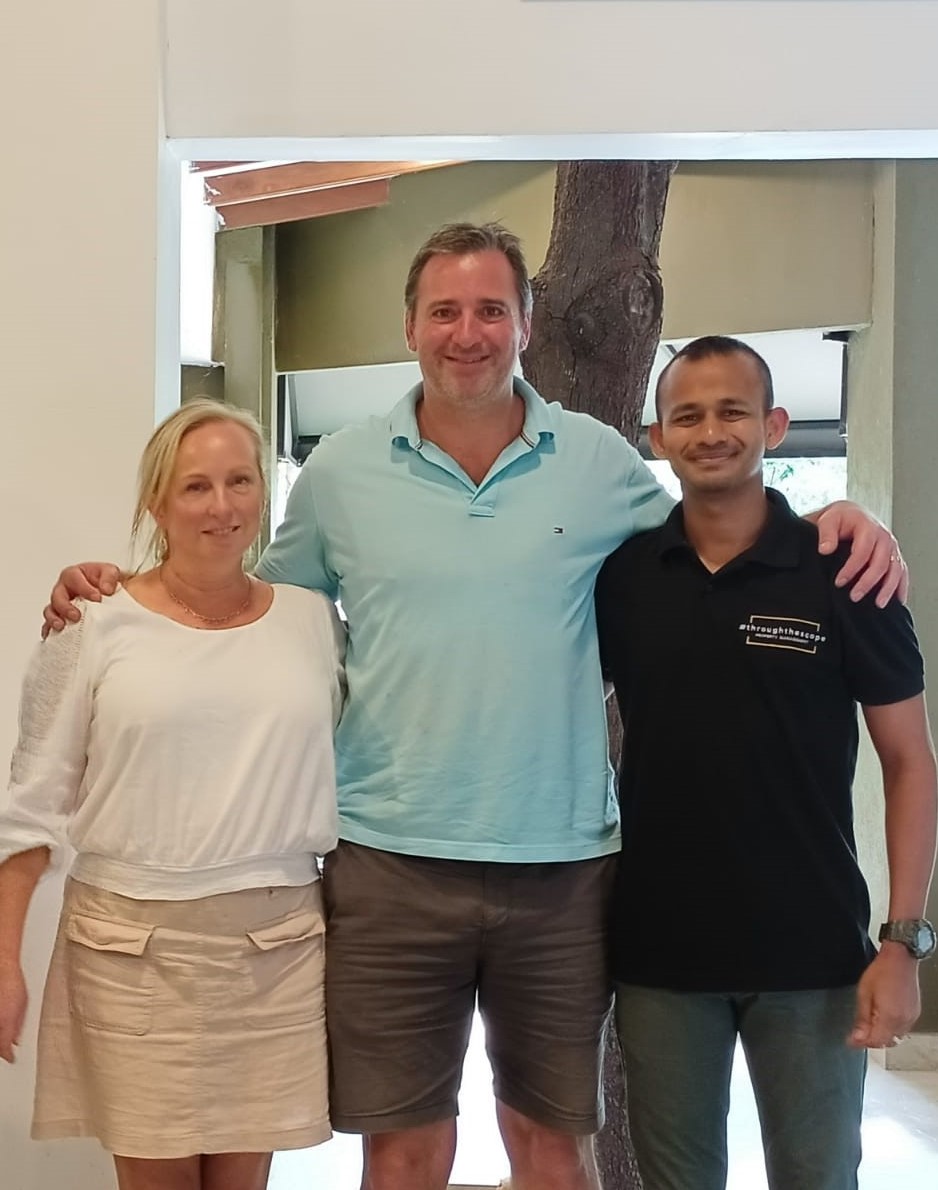 Romesh Kaluwitharana – friend and fellow cricketer of late Australian international Hall of Fame cricketer Shane Warne, together with TTS Hospitality hosted the late cricketer’s brother Jason Warne and his family for a luncheon during their visit to Sri Lanka.

The visit made to Sri Lanka upon the invitation of the former Minister of Tourism, Hon. Minister Harin Fernando, was in commemoration of dedicating the first match of the Test series (held on the 29th of June) between Sri Lanka and Australia to the legendary cricketer Shane Warne. Jason Warne and his family visited many parts of the island, during their brief vacation, mostly to that of the southern coast as they travelled to Galle to witness the cricket match at the Galle International Stadium. The stadium is also said to be cricketer Shane Warne’s favourite cricket grounds as he supported and contributed to rebuild it after the devastation caused by the tsunami in 2004.

During this visit, a curated luncheon and a tour of Kalu’s Hideaway was organized by 1996 World Cup Cricket Team member, Romesh Kaluwithrana alongside the team of TTS Hospitality (headed by Adam Kenny – Director, TTS Hospitality). The proceedings went on, as the family and friends shared stories and titbits of their memories of the late cricketer, “Some of the most memorable moments in my cricket career was when Sri Lanka toured Australia and having to play against one of the greatest cricketers was a privilege.  Shane Warne was unique, flamboyant, one of the toughest competitors I have played against and most importantly a wonderful human being” said Kaluwitharana reminiscing on his cricketing days. The family of four were also treated to an exciting safari ride inside the Udawalawe National Park; home to several hundred elephants, leopard, rare plants and so much more. Kalu’s Hideaway, located in Udawalawe, neighbouring the ever so stunning reservoir is the retired cricketer- Kaluwitharana’s very own vacation retreat. Comfortably resting between Colombo and the South Coast, Kalu’s Hideaway is a much-loved and popular eco-friendly family holiday destination.

Speaking exclusively on the visit, Adam Kenny – Director, TTS Hospitality stated “Cricket, sports a special place in any Sri Lankans’ heart. Likewise, the late great Shane Warne was truly loved by all Sri Lankans – which was why hosting Jason Warne and his family in Sri Lanka and specifically at Kalu’s Hideaway meant a great deal to my team and I”, he went on to explain its significance to tourism “TTS Hospitality stands in the forefront of rebuilding Sri Lanka’s tourism – the impact of COVID 19 and the prevailing economic circumstances is absolutely frightful. With so much to offer and to share with the world, we are here to promote Sri Lanka – here to be the idyllic holiday destination for all!”

In the current context of the economic crisis in Sri Lanka, the visit made by the Warne family was much appreciated and needed. In addition to celebrating the life and cricketing contribution of late Australian international cricketer Shane Warne, the vacation assisted in encouraging and publicizing Sri Lanka as a safe destination to visit despite the ongoing situation.  The endless golden beaches, timeless ruins, breath taking wildlife, and the warm and welcoming smiles of all Sri Lankans, make it nothing short of a perfect island getaway.