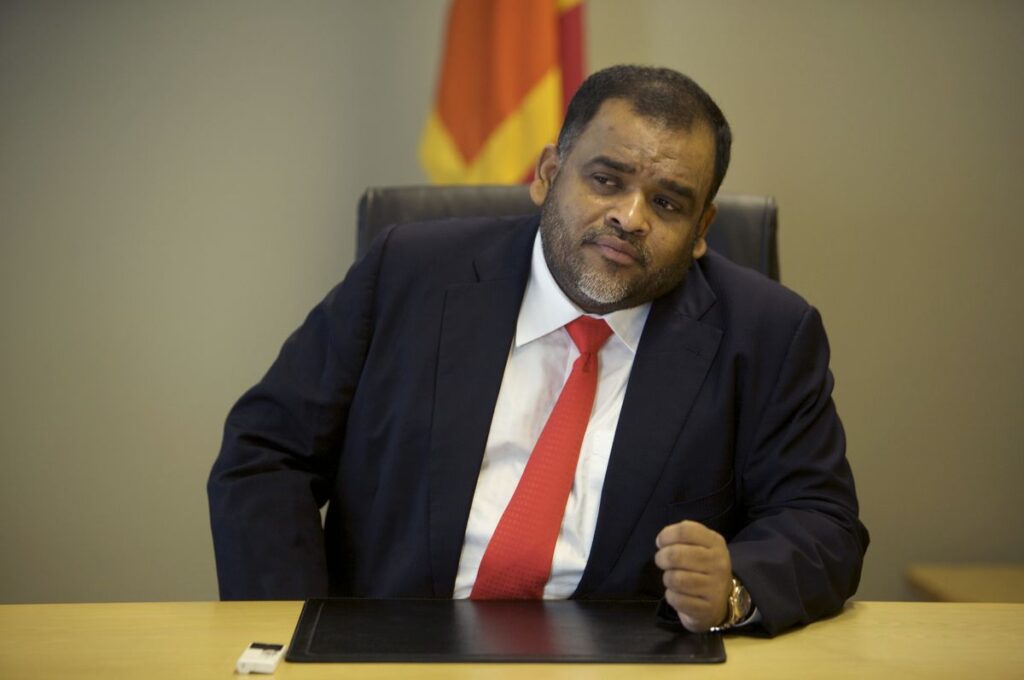 Prime Minister Ranil Wickremesinghe remained silent when asked to respond in Parliament today to calls by his Minister Dhammika Perera for the PM to resign.

He refereed to news alerts quoting Minister Dhammika Perera as saying that Wickremesinghe must resign.

The Prime Minister, however, did not respond to the reports.

Dhammika Perera had said that the Prime Minister as the Minister of Finance has no proper plans.

He was later appointed as the Investment Promotion Minister. (Colombo Gazette)