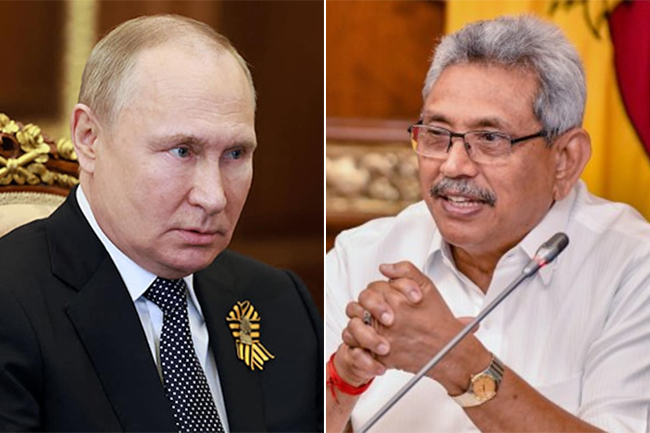 The President tweeted saying he had a very productive telephone conversation with the Russian President.

“Had a very productive telecon with the #Russia President, Vladimir Putin. While thanking him for all the support extended by his gvt to overcome the challenges of the past, I requested an offer of credit support to import fuel to #lka in defeating the current econ challenges,” President Rajapaksa said.

He also said that he made a humble request to the Russian President to resume Aeroflot flights to Sri Lanka.

Aeroflot had recently suspended flights to Sri Lanka after one of its planes was detained at the Bandaranaike International Airport.

“We unanimously agreed that strengthening bilateral relations in sectors such as tourism, trade & culture was paramount in reinforcing the friendship our two nations share,’ President Rajapaksa said. (Colombo Gazette)