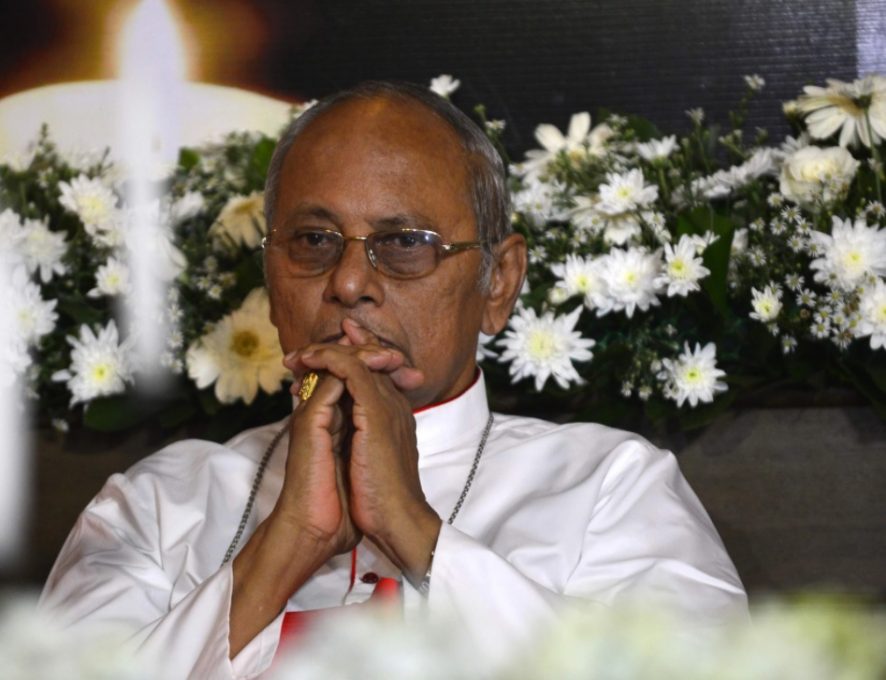 Speaking to reporters today, the Archbishop said that the biggest obstacle to liberating the country from the sad situation it is facing is the fact that the Rajapaksa family continues to stay in power.

He said that the majority of the people in Sri Lanka do not have any trust in them in any way.

“This family considers their political power more important than the wellbeing of the people,” he said.

He said the credibility of the Rajapaksa family has fallen to such a level that all the attempts they have made for financial, political or constitutional changes have been rejected by the public.

Malcolm Cardinal Ranjith also called on President Gotabaya Rajapaksa and the Government to accept responsibility for the situation in the country and step down.

“They have no moral right to continue in office,” he added.

He said the people should be allowed to establish a multi-party interim Government to effect a system change. (Colombo Gazette)