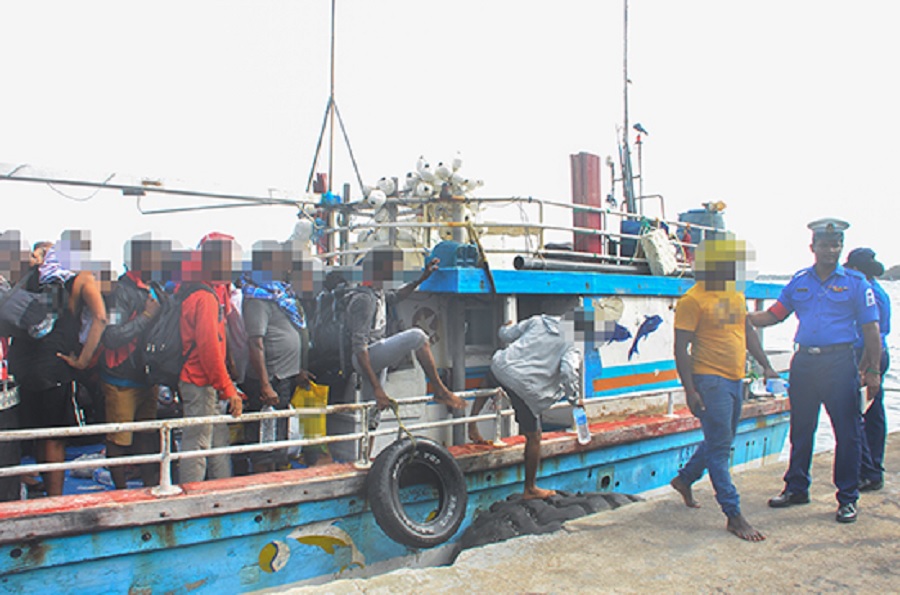 The Navy detained 75 people at two separate locations while they were attempting to migrate illegally by boat.

The Navy media unit said that a local multi-day fishing trawler carrying 51 people was seized during a search operation carried out by the Navy in the eastern seas this morning (03rd July 2022).

Among those found on the boat in the seas off Trincomalee this morning were 41 males including 06 suspects involved in the racket, 05 females and 05 children.

The suspects are residents of Jaffna, Vavuniya, Trincomalee, Batticaloa, Ampara, Gampaha and Ratnapura.

Meanwhile, the Navy, Sri Lanka Coast Guard and Police in Marawila arrested 24 individuals yesterday on suspicion that they are illegal immigrants.

They were apprehended while staying at a lodge in Marawila to migrate by boat.

The group consisted of 08 males, 06 females and 10 children. (Colombo Gazette)