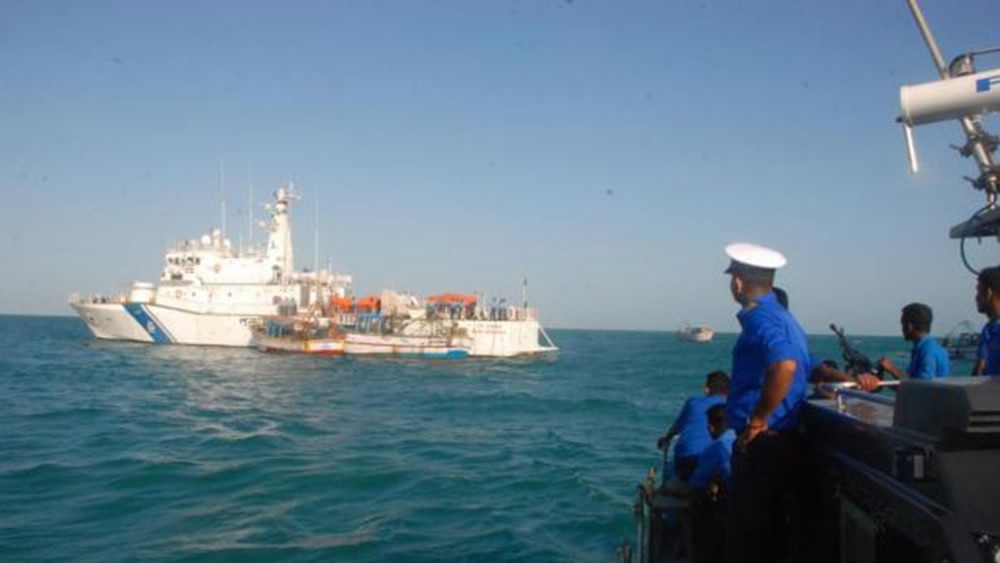 The Navy has arrested 12 Indians poaching in Sri Lankan waters in the Northern seas.

The Navy said that a special operation was launched to chase away Indians poaching in Sri Lankan waters this evening.

Indian fishing trawlers had been detected poaching in the Northern seas this evening, the Navy media unit said.

The Navy said that one trawler was subsequently detained inside Sri Lankan waters.

According to the Navy, 12 Indians who were on the boat were arrested.

The Indians are being brought ashore and will be handed over to the relevant officials. (Colombo Gazette)