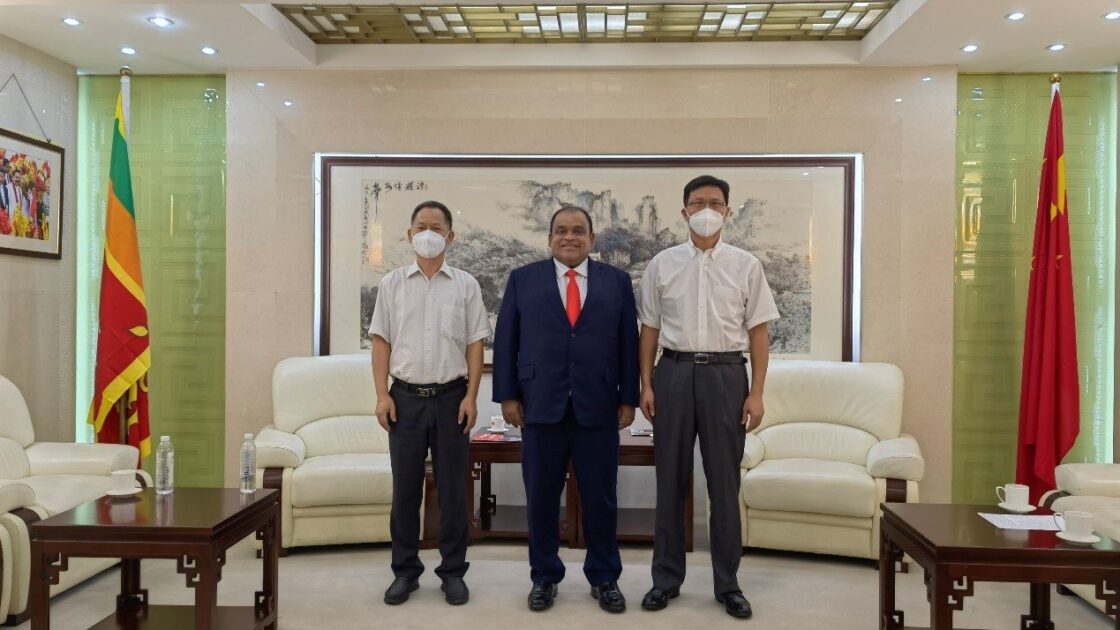 Ambassador Qi Zhenhong met with Perera and exchanged views on enhancing economic and trade cooperation, promoting Chinese invested projects in Sri Lanka as well as other topics of mutual interests, the Chinese Embassy in Colombo said.

A gazette notice was issued this week bringing a number of institutions, including some Chinese funded projects under Investment Promotion Minister Dhammika Perera.

The new Minister has been tasked with promoting foreign direct investment and private sector investments in Sri Lanka.

Other duties entrusted to the new Minister includes formulation of policies, strategies, programmes and projects to enhance regional trade and investment cooperation, promotion, regulation and monitoring of economic development zones.

He has also been given the task to develop the Colombo Port City Special Economic Zone as an international business and services hub with specialized infrastructure and other facilities aimed at national interest and economic advancement.

Dhammika Perera also has the responsibility of establishing the Colombo Lotus Tower as a business model and promoting it as a tourist centre.