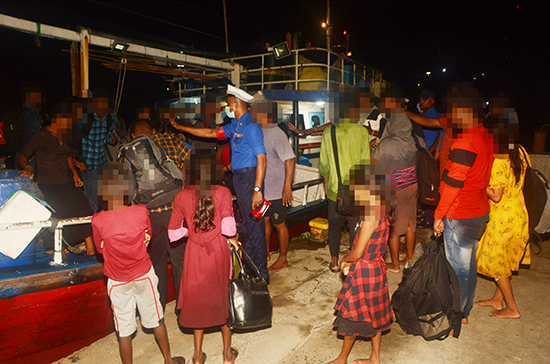 Another 47 people trying to migrate to Australia by boat were detained at sea by the Sri Lanka Navy, the Navy media unit said today.

The Navy said that the individuals were detained at sea off Negombo last night.

According to the Navy media unit, a suspicious multi-day trawler was detected at sea by Navy boats.

On being searched, the Navy found 5 human smugglers as well 34 males, 6 women and 7 children.

The individuals are said to be residents of Mannar, Kilinochchi, Jaffna, Kattankudy, Wennapuwa, Chilaw and Batticaloa.

Several people attempting to travel to Australia by boat have been detained in recent days. (Colombo Gazette)