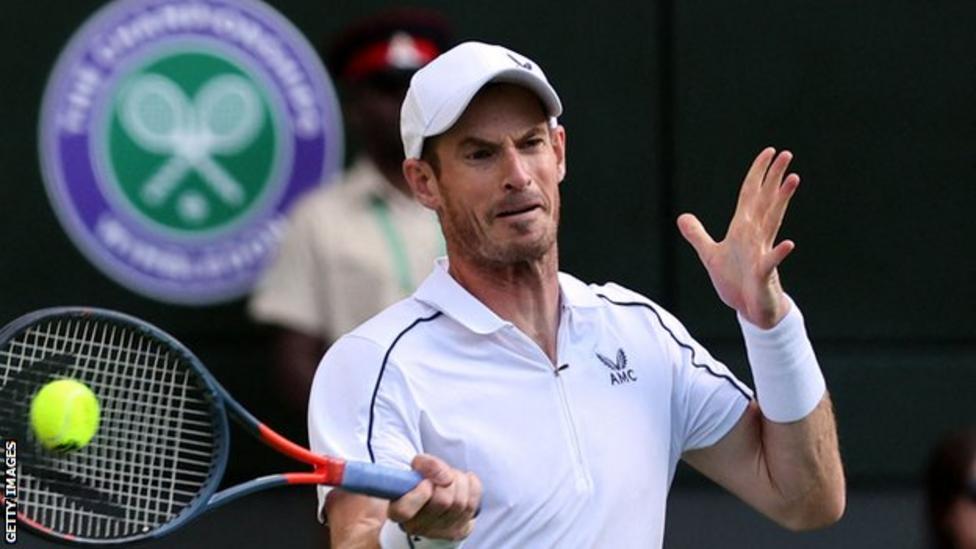 Britain’s Andy Murray maintained his record of never losing in the first round at Wimbledon with an encouraging win over Australia’s James Duckworth.

After a slow start, likely a result of a recent abdominal injury, Murray found rhythm and his quality shone through.

The 35-year-old Scot will now face big-serving American John Isner, seeded 20th, in the second round on Wednesday.

“It is amazing to be back out here again with a full crowd,” said Murray, a two-time Wimbledon champion.

“I’m getting on a bit now so I don’t know how many opportunities I will get here.

“I’m pleased I managed to get through and hopefully I will get another match here on Centre in a couple of days.”

Questions had been raised all week about Murray’s fitness and he answered with more than a hint of doubt last Monday when revealing he had not been able to hit specific shots – thought to be the serve.

An abdominal injury picked up in the Stuttgart final earlier this month had stalled his progress in an encouraging grass-court season and prevented him from playing at Queen’s Club.

But as the week went on, and he was seen in practice sessions at Wimbledon hitting serves, it seemed clear he would be fine to return to the scene of his finest triumphs.

Of course, the intensity of a match is a different circumstance to practice and it took a little while for him to find his rhythm with his serve.

But once he did, Murray looked completely at ease against world number 74 Duckworth.

“The ab felt absolutely fine today,” said Murray, who added another scan this week showed the injury had healed.

While it was not quite vintage Murray, there were lots of moments of quality to keep the enthusiastic home crowd entertained.

There was even opportunity for Murray to throw in an underarm serve – rarely seen during his career – in the third set to bring laughter from the fans.

But the main takeaway for those who stayed late was the 2013 and 2016 champion, a dangerous unseeded floater in the draw, looks fit enough to cause problems for more opponents this fortnight.

With Murray often left scampering, he knocked a forehand into the net for a break point at 4-4 and Duckworth took it with a rasping forehand winner to leave him serving for the set.

Another blast from that wing sealed the opener for the Australian, leaving the home fans on Centre Court murmuring their surprise.

Murray started to land more first serves in the second set, giving him the platform to quickly put pressure back on to Duckworth.

Murray only dropped two points in his service games, helped by landing more first serves and winning 100% of those points.

His returning game also started to improve, with Murray highlighting that as a key factor in the turnaround.

Like Murray, Duckworth has also seen his career hampered by injuries and had hip surgery earlier this year.

Since coming back in May he had played just eight matches – losing six of them – and adrenalin alone was never going to be enough to win a five-set match at a Grand Slam.

Murray’s superior quality continued to shine through in the third, dominating to move into a 4-1 lead before digging deep to see off pressure in his next service game.

With the court getting darker, Duckworth wanted the roof closed and the floodlights switched on but was made to wait until Murray wrapped up the third set.

The fourth set was delicately poised without any breaks of serve until two double faults from Duckworth at 4-4 enabled Murray to serve out victory. (Courtesy BBC)