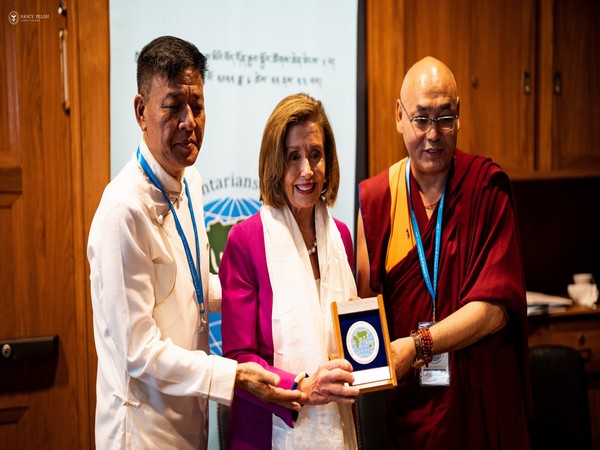 US lawmakers will soon introduce new legislation pushing for a peaceful resolution to the Chinese government’s decades-long illegal occupation of Tibet, the Washington-based International Campaign for Tibet said.

“We’re working on a bill that we’ll be introducing soon to help the US government counter Chinese disinformation on Tibet and assure that US policy supports the basis for the Dalai Lama’s quest for genuine autonomy (for Tibetans),” said Rep. Jim McGovern, co-chair of the Congressional-Executive Commission on China, said at a hearing June 23 on “Tibet: Barriers to Settling an Unresolved Conflict.”

House Speaker Nancy Pelosi, said McGovern “plans to introduce the Promoting a Resolution to the Tibet-China Conflict Act. This new edition, bold, bipartisan legislation, would state clearly the history of Tibet and encourage a peaceful resolution to the ultimate status of Tibet.”

Pelosi was speaking at the inaugural session of the 8th World Parliamentarians’ Convention on Tibet, which took place in Washington, DC this week and brought together elected leaders from around the globe, Tibetan exile officials and pro-Tibet activists. The Dalai Lama addressed the convention via video message.

According to International Campaign for Tibet, the new legislation will raise the pressure on the Chinese government, which has illegally occupied Tibet for over 60 years.
Chinese leaders have refused to negotiate with the Dalai Lama’s envoys on a settlement on Tibet’s status since 2010.

In 2018, Congress passed the bipartisan Reciprocal Access to Tibet Act, which led the State Department to ban Chinese officials from entering the United States over their role in keeping American journalists, diplomats and ordinary citizens out of Tibet.

In 2020, Congress passed the bipartisan Tibetan Policy and Support Act, which upgraded US support for the Tibetan people and made it official American policy that only the Dalai Lama and the Tibetan Buddhist community can decide on his successor, with the US pledging to sanction any Chinese officials who interfere in that process.

In addition, at the end of last year, the Biden administration appointed Uzra Zeya, the Under Secretary of State for Civilian Security, Democracy and Human Rights, as the new US Special Coordinator for Tibetan Issues.

Back in 2020, then Presidential candidate Joe Biden promised to “work with our allies in pressing Beijing to return to direct dialogue with the representatives of the Tibetan people to achieve meaningful autonomy.”

Congress hopes to pressure China to get back to the negotiating table to reach a peaceful settlement on Tibet’s future. (ANI)