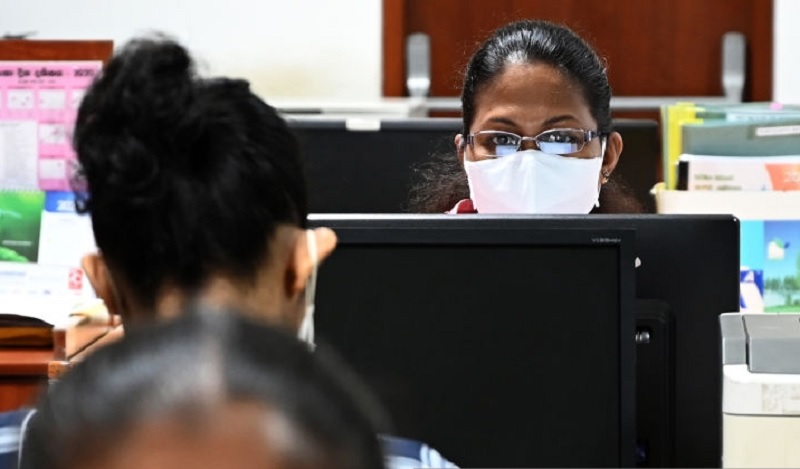 Kudos to the National Chamber of Exporters (NCE), for their proposal to hire excess employees that the government wants to offload, to cut down on avoidable expenses in these times of unprecedented and unpredictable economic crisis. Speaking for its members, the Chamber has promised to pay hired government employees a contractual payment and retain them for 59 months – to avoid gratuity payment which becomes due at the end of 60 months or five years.

The proposal, presented to Prime Minister Ranil Wickremesinghe and a host of government authorities, both at the Centre and in the Provinces, has to be commended not only for the Chamber’s offer. It is also as frank as can be, as is evident from their frankness that it would only be contract-pay and without gratuity. Maybe, now or later, Parliament may want to amend the gratuity law to extend the exemption beyond 59 months, or the prospective employers may find it feasible for them to pay gratuity, and even extend the employment term beyond the promised period.

The NCE deserves commendation as theirs is possibly the first publicised proposal of the kind, to help the nation address the multiple fallouts and their fallouts during this economic crisis. Of course, whether the government and PSU employees’ unions are ready to accept the offer remains to be seen. Equally so is the fate of those employees that the NCE members had retrenched in the face of the Covid-induced firsts phase of the fiscal and forex crisis.

Socialist governments of the SLFP/SLPP are mainly to blame for the sky-rocketing of government employees’ strength without second thoughts. The Mahinda Rajapaksa government (2005-15) nearly doubled the strength to 1.2 million or thereabouts, from the previous numbers under the Chandrika Kumaratunga presidency, which was already on the high side. But even from a non-socialist perspective, it could not have been otherwise as the private sector was/is incapable of absorbing all those wanting employment.

In a nation with a history of two ‘JVP insurgencies’ deriving from economic disparities and deprivation, it could not have been otherwise. Or, so went the argument. However, published figures show that 42 per cent of the working population is employed in the private sector, followed by 33 per cent self-employed.

Still, there may be some justification, for a high number of government/public sector recruitments, as without them, the number of unemployed and under-employed might have mounted more than already. Yet, to take up the public employment numbers further up, from 1.461-m in 2020 to 1.493-m in 2021, or an addition of 32,000 during the era of Covid pandemic and resultant lock-down(s) is astounding, to say the least.

As for the NCE proposal and whatever else may come up before the government in the future, there doesn’t seem to be much hunger in official circles to accept defeat and ask employees to look elsewhere within the country, for jobs. For now, the government has approved of a scheme for its employees to seek overseas jobs on long leave, without pay but also without any compromise on their seniority, pension benefits, etc.

The idea of course is to help boost inward remittances. However, it is anybody’s guess if foreign governments or enterprises would be interested in hiring middle-aged persons, men or women, used to a particular style of working — or not-working — for their requirements. Maybe, between government employees and public sector technical staff, the latter stands a better chance, in terms of employability and employment opportunities, and hence higher pay and inward remittances.

In this context, the government could consider encouraging and facilitating public sector/private sector technical staff and also qualified unemployment youth, stuck down by the pandemic years, to take up overseas jobs. In turn, the government employees whom they want to travel overseas could be advised to take up offers like that of the NCE. But somewhere down the line, State sector staff should be prepared to take a hair-cut.

It is up to the government leadership and also those of political parties across the spectrum that expect to come to power sooner or later to arrive at a consensus decision in the matter just as they should be doing on the larger economic format – but are not doing. Alternatively, or alongside, it may be time also for the policy-makers to consider ‘universal social security’ under the prevailing circumstances, going beyond the targeted social benefits schemes, as existing now.

It is not as if the Rajapaksa regimes alone are to blame for monetary / fiscal policies and consequent failures. ‘Flexible inflation’ since 2015, ‘liquidity injections’, or mindless printing of currency as witnessed in recent months, and free-wheeling forex rates have all contributed to a $ 6.5-billion in ‘losses’ to the Employees Provident Fund (EPF) covering the private sector. This too can be expected to create a social upheaval, sooner or later.

Still, there is a chicken-and-egg situation, though not of the proverbial kind. According to reports, their production has been hit, owing to the high prices of and shortage of chicken-feed, which is still being imported in a big way. It is anybody’s guess why no public or private sector enterprise ever thought of manufacturing adequate quantities of chicken-feed locally, and also producing more for exports.

Maybe, it is time the policy-maker used the current fiscal and forex crises to look at specific sectors to encourage ‘import substitution’ and export-orientation, big and small. That way, it is not as if only poultry-feed is in short-supply. Come festive seasons, even poultry products, including eggs that are known for their fragility, are being imported. No one asked why – and no one answered, “Why not, locally?’