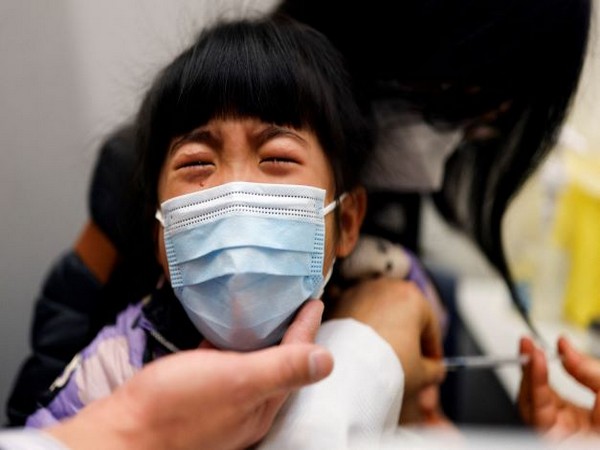 Things have become murky in China as coronavirus cases are flaring up. China- manufactured vaccines have turned out ineffective, making already-vaccinated people prone to new infections.

The Asian giants – China and India competed with each other to find a vaccine for the COVID-19. China was the first to develop COVID-19 vaccines, however, Indian vaccines have proven to be a great success as New Delhi has freed its citizens from lockdowns and other restrictions, reported Asian Lite International.

New Delhi implemented its vaccine programme and managed to administer the jabs to the majority of its population. Now, the almost entire population has been vaccinated.
Moreover, India remained unaffected when the fourth wave struck in 2021-end and even during the current fifth wave. It clearly suggests that the Indian vaccination programme has been a great success as it tamed the coronavirus spread in the densely populated country, where hygiene and public health cannot be considered at par with the standards defined by the developed world.

It was found that the effectiveness of Indian jabs was 99.30 per cent in full-vaccinated people. On other hand, the Chinese vaccines’ potency could not go beyond 79 per cent, says World Health Organisation (WHO).

A study by the University of Hong Kong has lowered the Chinese vaccines’ effectiveness further, limiting it to just 60 per cent. It further revealed that those vaccinated with Sinovac were three times more vulnerable to die compared to those inoculated with the German Pfizer-BioNTech vaccine, reported Asian Lite International.

Earlier, countries like Brazil, Bahrain, UAE, and Indonesia, which had procured Chinese vaccines questioned the effectiveness of the jabs against COVID-19.
A Chinese study published in The Lancet Infectious Diseases journal has shown that Chinese vaccines were unable to detect Omicron sub-variants, reported Asian Lite International.

Chinese authorities have tried every possible measure including the controversial zero-covid policy to bring the viral transmission down. But everything is in vain. The number of cases is rising at a high rate, crippling normal life in China.

Around 400 million people in China are affected, which amounts to over a quarter of the country’s population. As many as 45 cities including the financial hub of Shanghai were placed under strict lockdown in recent times in the wake of Chinese vaccines’ failure to tame the coronavirus.

The deteriorating situation in China has negatively impacted global companies as well as local businesses in the country. Many economists fear for economic recession in China now.
The high-handed approach of the Beijing government to COVID-19 management has caused huge inconvenience to people who are stuck in their homes. Food shortage and loss of jobs due to forcefully-induced lockdowns have infuriated them. (ANI)