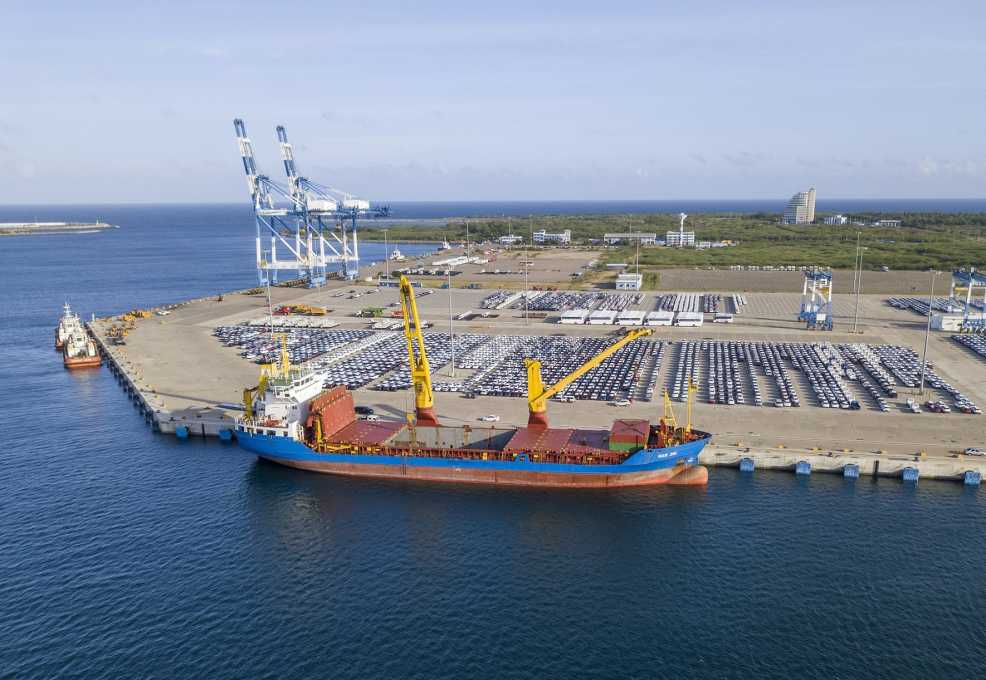 Has China subscribed to the economic downfall of Sri Lanka through its alluring loan scheme? Sri Lankans today inherit unviable Chinese infrastructure projects yielding no returns. Have Chinese investments in Sri Lanka done any good to the country?

A complex issue posed by many trying to find answers in the present context.

These projects, more or less branded as investments without at least marginal returns, have eaten into the Lankan economy, thus burdening the people and putting the entire country in a complicated debt burden. In terms of the sentiments expressed by the people, they call it a debacle of unprecedented proportions in recent history.

The Lotus Tower, Mattala AirPort, and the Magampura Port are some of them. Norochcholai coal power plant makes glaring headlines in the vernacular media every other week or so for the wrong reasons. The Hambantota International Conference Hall adds to the long list of such projects.

Reckless planning without an idea of what the country needs to boost the economy; these projects have become virtual white elephants in the system and brought untold misery to the people. The maintenance costs are enormous, and the country is reeling under the pressure of an economic downturn resulting in unbearable sky-scraping costs-of-living, confronting the masses.

The majority of the problems are a result of haphazard planning by the money greedy politicians who thrived on commissions and black money offered to them in return for their aegis for unplanned investments. Wittingly or unwittingly, people should shoulder the burdens of the follies of unscrupulous political leaders, owing to Chinese-funded projects that do not benefit the people in some way or the other.

When Sri Lanka asked for Chinese assistance to restructure the enormous debt not so long ago, China was tight-fisted and sat aloof when a longstanding partner was going through an unequalled crisis in contemporary history. The Chinese foreign minister visited Sri Lanka in January, making it a significant event in the Sri Lankan political calendar. The expectations among the political hierarchy ran high. However, the expectations went into complete disarray from a Sri Lankan point of view.

They affirmatively have asked Sri Lanka to put the house in order and create an environment favourable for Chinese and other foreign direct investments to boost the economy. China virtually softened its stance with time by offering 76 million US dollars as humanitarian assistance to tide over the current economic crunch the country was facing.

However, it faded into insignificance in the face of the whopping 3.5 billion US dollars made available by India to address the issues concerning the government, including the balance of payment issues. Against this backdrop, and intending to mark its presence in the South Asian region to address its geopolitical concerns, the Chinese Ambassador in Sri Lanka, Qi Zhenhong, made it a point to seek an appointment with Prime Minister Ranil Wickremesinghe.

Earlier in the week, President Gotabaya Rajapaksa expressed his anxiety over the attitude and aloofness of China toward Sri Lanka. In an interview with Bloomberg News, he said that obtaining Chinese help is tenuous. He elaborated, saying, this is because China has lost interest in the South Asian region.

However, this raised a puzzling question in political circles of whether China was indicating they were still maintaining their status quo or ready to suspend the debt liability, temporarily leading to debt restructuring.

Qi reaffirmed the Chinese commitment to helping Sri Lanka to overcome the crisis. The Chinese envoy pointed out that nearly 11000 Sri Lankans are working on Chinese projects in Sri Lanka. The indication was that they were not any more considered unviable to a small economy such as Sri Lanka. Qi also reaffirmed “continued and concrete support” covering grants, trade, and investment in Sri Lanka during the current crisis.

Wickremesinghe agreed with Ambassador Qi that Chinese and Sri Lankan joint ventures could help in this endeavour. Contrary to the views expressed by President Gotabaya Rajapaksa, the Prime Minister had a different perception of the moves envisaged by China.

He told WION TV that the presence of China in South Asia manifests through its military engagement with India on the Himalayan border and its high economic stakes in Pakistan, Sri Lanka and the Maldives. The general belief is that China would not relinquish its strategic political presence in the region. The approach of Wickremesinghe to China has a qualitative difference from that of President Gotabaya Rajapaksa.

He believes that talks with China on loan restructuring would help and that he could pursue China to waive the conditions attached to its loans. A daunting task, but he has the determination and impetus to try it. He is aware of the difficulty created by China not being a member of the Paris Club that works out re-scheduling loan repayments.

However, if China insists on their assumed line of thinking and envisages drastic changes in how the Sri Lankan economy should perform, prospects of any meaningful aid coming from it are very slim. In such a scenario, the options left for Sri Lanka are limited and may force them to find a haven in India and the West.

Wickremesinghe, well aware of the reality, told WION that Sri Lanka had to rely on India heavily during the present crisis because China assumed an attitudinal position and remained aloof and came up with conditions, while India rushed material aid and loosened its purse strings. The spontaneous reaction of Sri Lanka was that it opted to go with India. India also sponsored the IMF talks to bail Sri Lanka out of a difficult situation.

The Chinese were patently unhappy over the leaning toward India. The Chinese Ambassador, Qi Zhenhong, complained about forging closer to India while suggesting that China could have helped Sri Lanka in the endeavour and negotiate a favourable deal with the IMF, given its influence and unblemished record working with that organization.

But his suggestion was out of time since India had already taken up Sri Lanka’s case with the IMF. It is a fact that the Gotabaya Rajapaksa government had decided to depend on New Delhi to address its security concerns and is closely working with the Indian security establishment. China has a way of appeasing its desire and moved strategically to express its willingness to work with India to help Sri Lanka out of the situation.

Its foreign ministry spokesman, Zhao Lijian, told the media recently that India accomplished a lot to help Sri Lanka and China is ready to work with India and the rest of the international community.

Meanwhile, Prime Minister Wickremesinghe has an enumerated plan to put in place and form a multilateral aid consortium, including China and India, to bail Sri Lanka out of this desperate and vulnerable situation.

Unquestionably, India will, but there are questions raised about China.