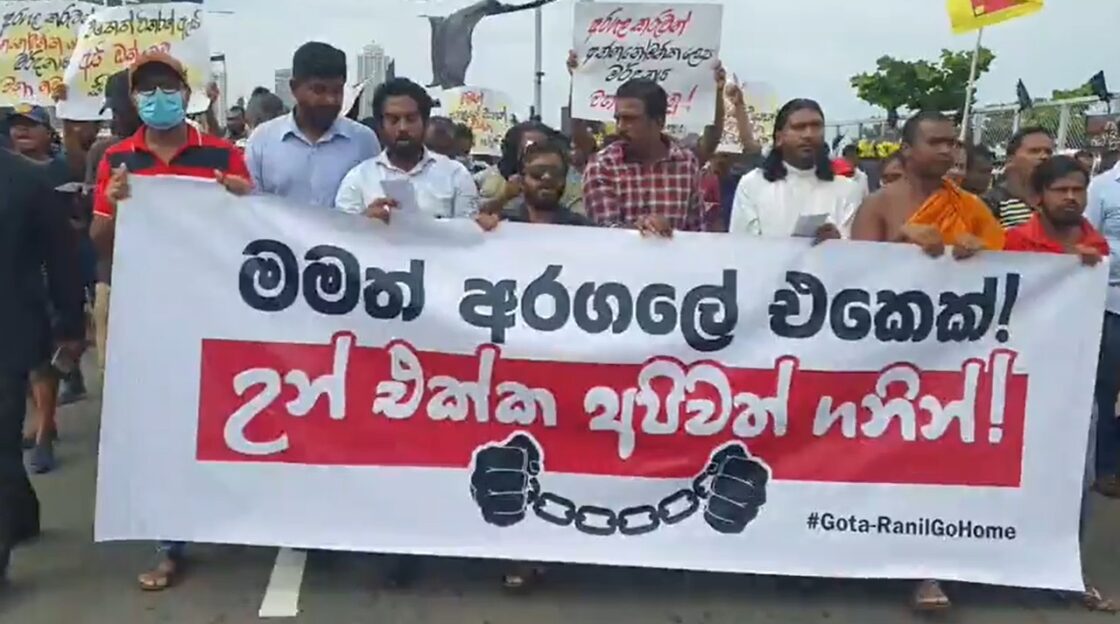 The Police had named 9 activists engaged in the protest at Galle Face as suspects linked to unruly behaviour at recent protests staged in Colombo.

The Fort Magistrates court had issued an order to arrest the suspects and produced them in court.

Convener of the Inter University Students’ Federation (IUSF) Wasantha Mudalige, artist Rathindu Senaratne (Ratta), Jagath Manuwarna and Jehan Appuhami are among those who were named as suspects.

Of the 9 suspects 7 surrendered to the Police today following a protest march from Galle Face to Fort.

The suspects had initially sought to surrender to the Fort Police.

However the Fort Police informed them to surrender to the Maradana Police.

Accordingly, the suspects walked towards the Maradana Police and surrendered.

They were produced before a Magistrate and remanded till 1st July.

IUSF Convener Wasantha Mudalige did not appear before the Police today. (Colombo Gazette)