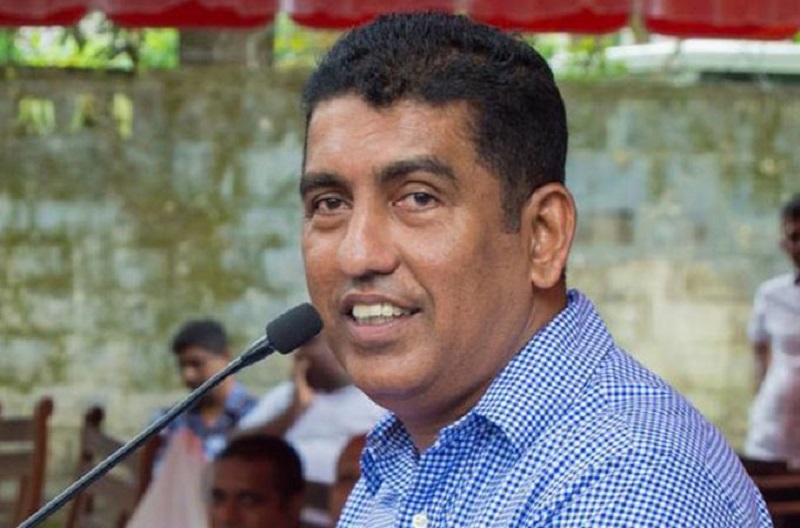 Former Minister Johnston Fernando was granted bail today over the 09th May incident.

He was granted bail by the Fort Magistrate’s Court when the case over the attacks on peaceful protesters at Galle Face and near Temple Trees on 9th May was heard today.

Fernando was released on two personal bonds of Rs. 10 million each and was ordered to report to the Criminal Investigations Department (CID) on the final Sunday of every month.

The Sri Lanka Podujana Peramuna (SLPP) MP was granted bail on 9th June as well when he surrendered before Fort Magistrate Thilina Gamage.

A warrant had been issued for the arrest of Johnston Fernando over the 9th May incidents.

Johnston Fernando had been named as a suspect in the case filed over the incidents of violence which occurred on 9th May at Galle Face and near Temple Trees. (Colombo Gazette)