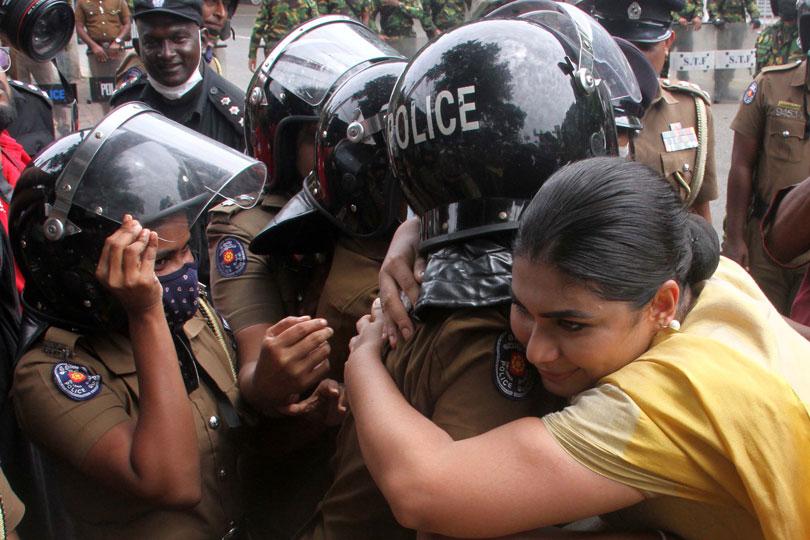 She made the comments after some people began to make fun of her exposed breasts during a protest staged today.

“I am proud of my breasts! I breastfed three beautiful kids. I nurtured them, comforted them and dedicated my whole body for them. I am sure people who make fun of my exposed breasts ( due to the clash with the police) also sucked thier mothers nipples until its raw when they were infants. Anyway when you are done talking, making memes and laughing about my breasts , there was ANOTHER civilian died in a queue… Just so you know!” she said in a post on social media.

A group led by Hirunika Premachandra staged a protest near the private residence of Prime Minister Ranil Wickremesinghe at 5th Lane today.

The former MP demanded to meet the Prime Minister to hand over a letter.

However, the Police placed barricades and prevented the protesters from getting close to the Prime Minister’s residence.

A tense situation also took place when some women who accompanied the former MP attempted to force their way past the barricade. (Colombo Gazette)