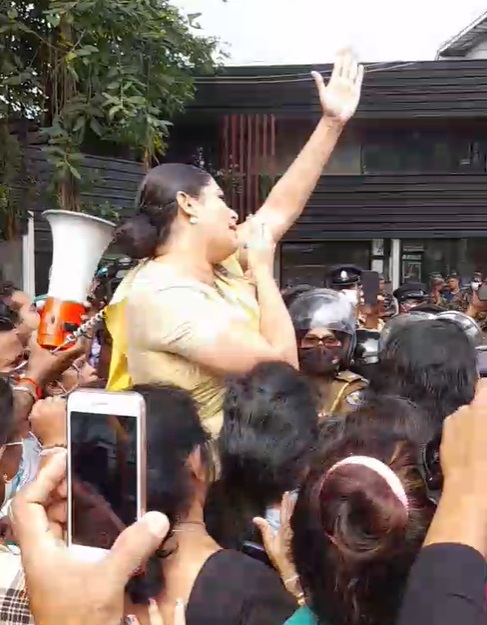 The former MP demanded to meet the Prime Minister to hand over a letter.

However, the Police placed barricades and prevented the protesters from getting close to the Prime Minister’s residence.

A tense situation also took place when some women who accompanied the former MP attempted to force their way past the barricade.

One woman had also fainted during the tense situation.

The Prime Minister was in Parliament at the time of the incident. (Colombo Gazette)

I am proud of my breasts says Hirunika

PM warns next three weeks will be tough