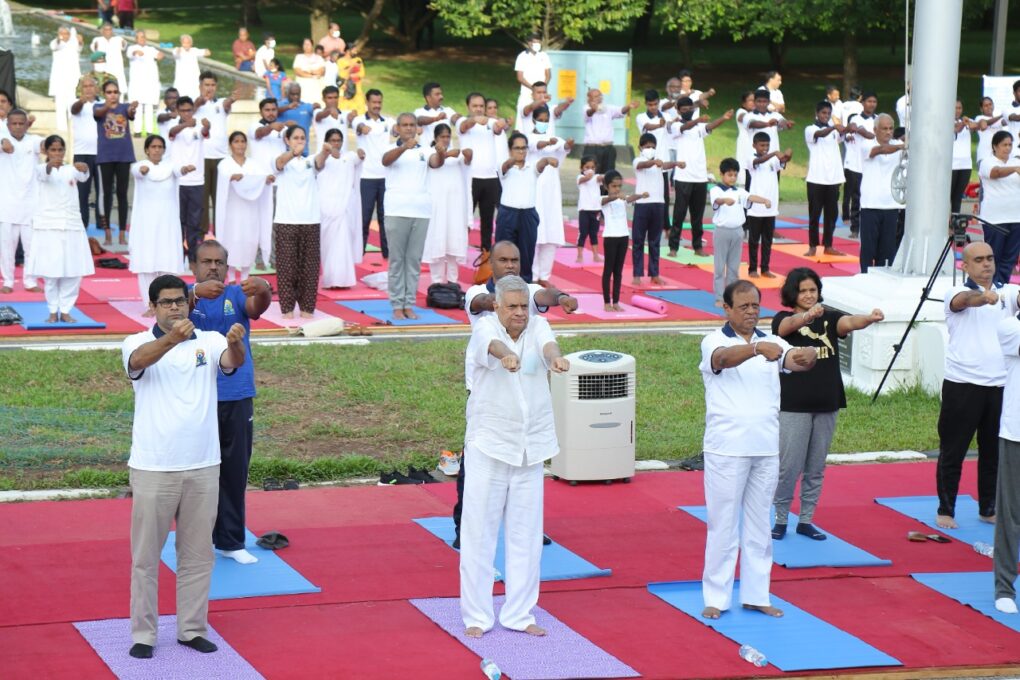 Prime Minister Ranil Wickremesinghe and a number of MPs attended an event held in Colombo today to mark the 8th International Day of Yoga.

Acting High Commissioner of India Vinod K. Jacob, officials and staff of the High Commission, hundreds of yoga enthusiasts from all over Sri Lanka also participated in the event.

The theme for the 8th International Day of Yoga is “Yoga for Humanity”. During his Yoga Day address in India, Prime Minister Narendra Modi mentioned that Yoga is not only for an individual, but for the entire humanity. Yoga brings peace to the society, the world and the universe. President of Sri Lanka, Gotabaya Rajapaksa addressed a message to the Prime Minister of India defining Yoga as an invaluable ancient Indian tradition to attain physical, social and mental well being. He mentioned that this year’s theme is a fitting tribute to the immense benefits of Yoga, especially in the Covid era.

The event, organized in collaboration with the Ministry of Buddhasasana, Religious and Cultural Affairs of Sri Lanka, complements other events being organized by the High Commission to commemorate ‘Azadika Amrit Mahotsav’- 75 years of India’s independence.  This year, the Yoga Day event was telecast live in India as a part of the ‘Guardian Ring’ initiative of the Government of India connecting Yoga events from all over the world to highlight the unifying power of Yoga.