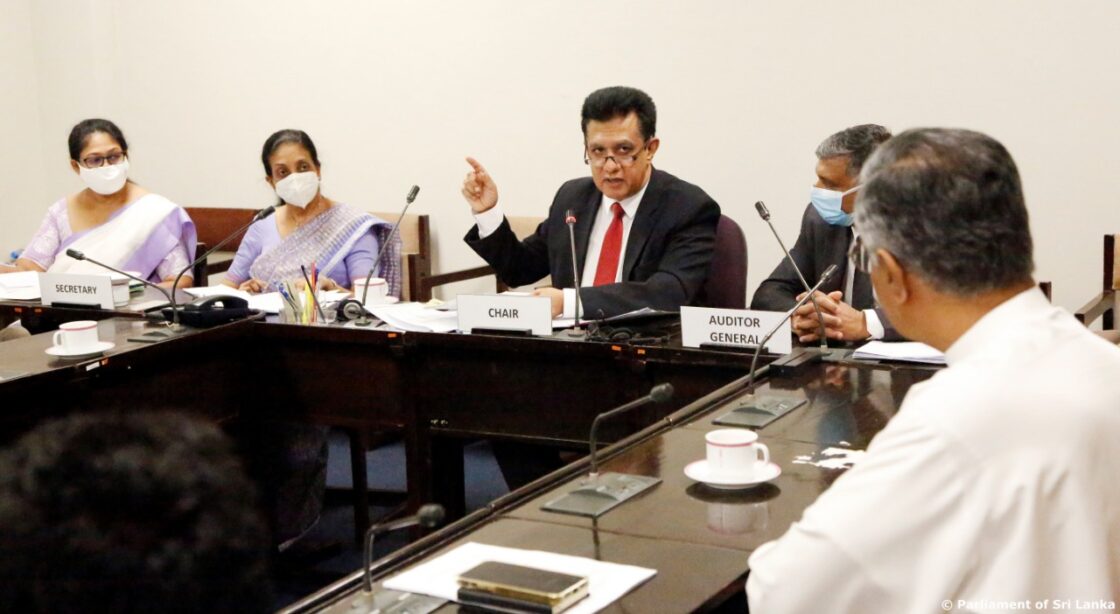 Officials appearing before the Committee on Public Enterprises (COPE), will be asked to take an oath before they make any statements.

A special COPE meeting was held today where it was decided that officials summoned before the committee will be asked to take an oath stating that their statements are accurate and truthful.

The special COPE meeting was chaired by Member of Parliament (Prof.) Charitha Herath.

The Chairman also tabled a letter dated 11.06.2022 by the former Chairman of the Ceylon Electricity Board (CEB) M.M.C. Ferdinando, pertaining to the statement he had made on 10.06.2022 at the COPE meeting.

“Today we considered the letter sent to COPE by the Chairman of the CEB on 06.11.2022. An important discussion took place in accordance to that letter. Today, I would like to draw your attention to certain points in this letter that has been submitted as an appendix to it. Accordingly, the decision of COPE is that the former Chairman Mr. M.M.C. Ferdinando will be summoned before the Committee again to hold discussions with him and thereby re-determine the contents of this letter and then take the decision regarding expunging the respective contents of his testimony as requested,” COPE Chairman Prof. Charitha Herath  said.

It was also decided to hold a special meeting on July 25th based on the expert reports on the progress of SriLankan Airlines. (Colombo Gazette)