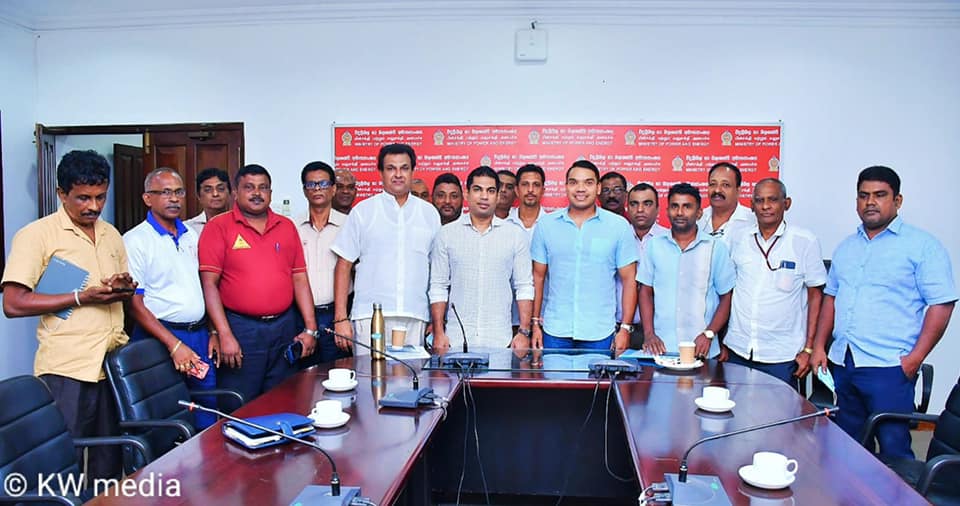 Rajapaksa attended the meeting with three-wheel drivers to discuss the fuel crisis.

“When players FAIL repeatedly and are dropped from a team they should have the decency to take up another sport instead of coming for team meetings and embarrassing the new captain,” Sanath Jayasuriya tweeted.

Namal Rajapaksa, who was the Minister of Sports, also posed for a photograph with the three-wheel drivers and Minister Kanchana Wijesekera.

Wijesekera had published photographs and details of the meeting on his Facebook. (Colombo Gazette)