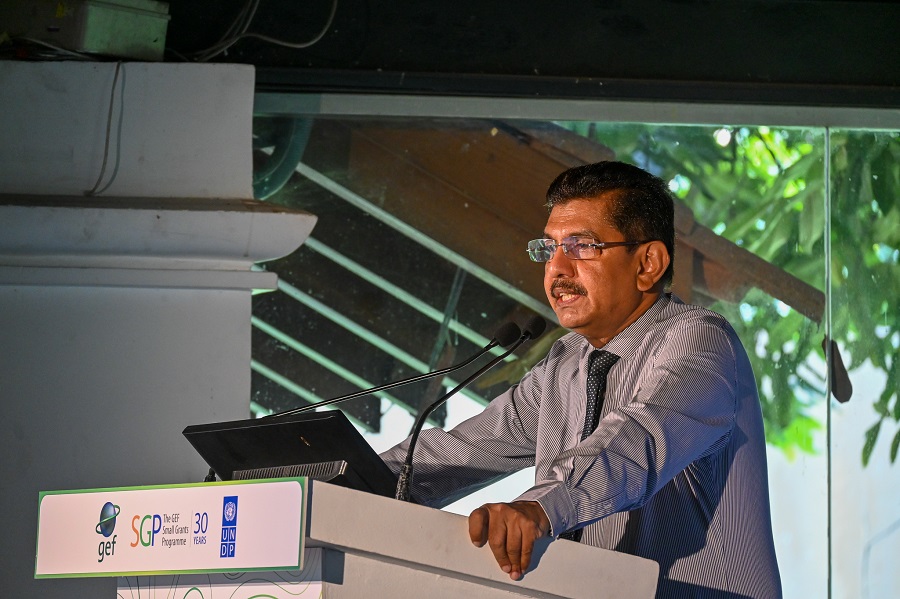 Over six wetland sites are being developed in the Colombo Metropolitan Region, the United Nations Development Programme (UNDP) in Sri Lanka said.

Sri Lanka ratified the Ramsar Convention on Wetlands in 1990, and in 2017 the parties to the Convention declared ‘Wetland City Accreditation’ for cities which are located near wetlands, to conserve and encourage the sustainable use of urban wetlands.

Colombo is the only capital city among eighteen selected worldwide, and the only South Asian city to be declared a wetland city in 2018, breathing new life into the Colombo wetland conservation efforts.

The Small Grants Programme (SGP) of the UNDP in Sri Lanka, funded by the Global Environment Facility (GEF), has the overall goal of enabling community organizations to take action for adaptive landscape management and collective decision making to build socio-ecological resilience.

“The GEF-SGP approach looks at the landscape as a whole, and the preservation of the wetlands is done using the involvement of people themselves. Therefore, communities are empowered to conserve the environment while engaging in their livelihoods. However, if we don’t get communities living in the areas actively involved in the preservation of habitats while taking livelihoods forward, any work towards wetland preservation will not be successful,” Dr. Anil Jasinghe, Secretary to the Ministry of Environment stated.

Currently, over six wetland sites are being developed in the Colombo Metropolitan Region, which covers an area of over 20 km2, amounting to 2.9% of its total land area. The Thalawathugoda wetlands, now known as ‘Diyasaru Park’, and the Beddagana wetlands, renamed ‘Bird Park’, are popular places of recreation for walking, bird watching and study tours. The historically important Thalangama Tank has nearly 180 farmers cultivating over 200 acres of paddy supported by the tank. Clearing and networking canals around the city and preserving land close to the city centre in Kotte, Rajagiriya and Kolonnawa are admirable attempts to conserve biodiversity with attention paid to the links between hydraulics and ecology allowing better protection of fragile wetland diversity, UNDP said.

Congratulating the grantees on their success, Ms. Malin Herwig, Officer in Charge, UNDP in Sri Lanka noted, “This planet is our only home. It is vital we safeguard the health of its atmosphere, the richness and diversity of life on Earth, its ecosystems and its finite resources. UNDP is committed to leading these cooperative efforts, because the only way forward is to work with nature, and not against it. Sharing best practices on community based approaches with the intention of further development and replication beyond its borders at forums such as this today, is an important step in looking beyond to ensure sustainability. Together we can ensure that our planet not only survives, but thrives, because we have Only One Earth.”

The initiatives implemented by the project have empowered communities in compiling the strategy for protecting the urban wetlands, flora and fauna of the Colombo landscape while contributing towards uplifting livelihoods for women, unemployed or underemployed of the wetland communities. (Colombo Gazette)