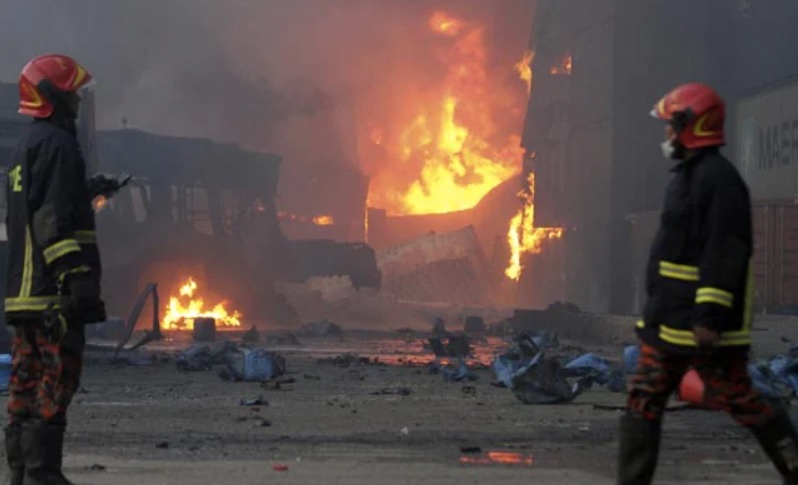 At least 35 people have died after a huge fire broke out at a shipping container depot in Bangladesh’s Chittagong last night.

The fire at the depot in Sitakunda area has left about 450 people injured and authorities fear the death count may climb.

According to police officer Nurul Alam, posted at Chittagong Medical College Hospital’s police outpost, preliminary probe has indicated that the fire broke out due to chemical reaction.

Local media reported that that fire spread following an explosion.

The police officer said that while the fire broke out around 9 pm and the explosion occurred around midnight. Following the blast, the fire spread rapidly.

Istakul Islam, chief of Health and Service Department at Red Crescent Youth Chittagong, said, “Over 450 people have been injured in this incident. The death count could be more,” he said.

According to sources, the explosion was such that window panes of nearby homes were shattered.

The container depot has been operating since May 2011. (Courtesy NDTV)

CID hunts for those who set fire to Ranil’s house