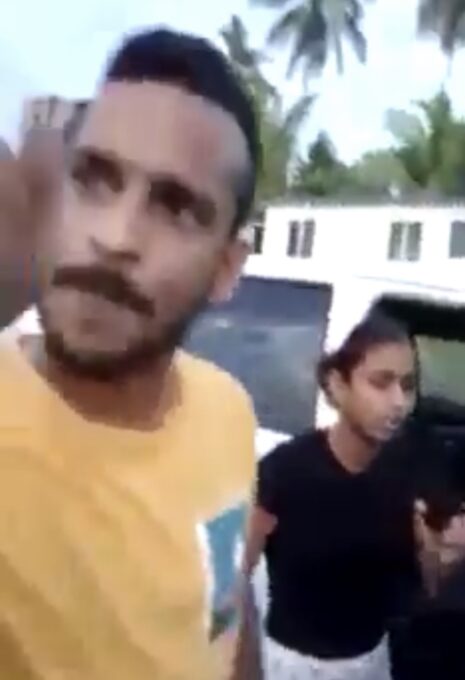 The son of an opposition Member of Parliament and his wife threatened Police officers at an interchange of the Southern Expressway.

A video of the incident has been shared on social media and shows the couple using offensive and swear words to abuse the policemen.

The heated exchange took place when the couple were reportedly refused entry to the expressway as a refrigerator placed at the back of their vehicle was not secure and was loaded in an unsafe manner.

The driver of the vehicle was identified as Ravindu Wedaarachchi, son of Samagi Jana Balawegaya (SJB) Parliamentarian Dilip Wedaarachchi.

Ravindu Wedaarachchi and his wife threatened the Police and were even seen pushing them at times for refusing to allow them to enter the expressway.

A complaint was lodged at the Weeraketiya Police Station over the incident. (Colombo Gazette)

Why wasn’t this guy arrested then and there? pic.twitter.com/mzDn33v3lI