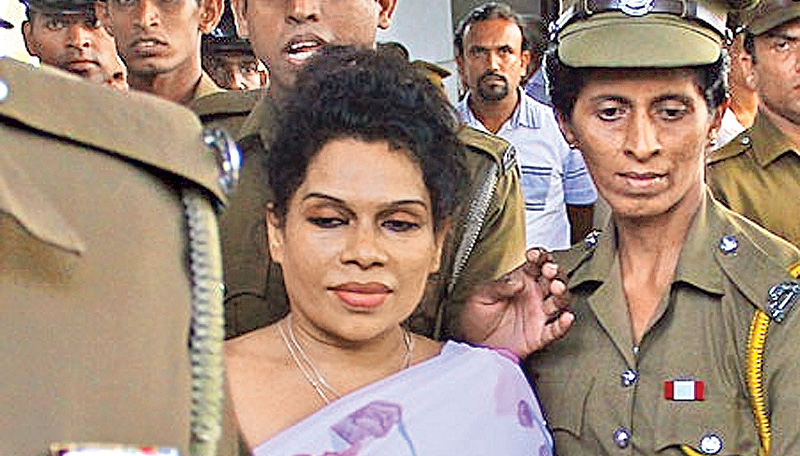 The Colombo Magistrate’s Court imposed the jail term on the MP’s wife last week after she was found guilty of submitting forged documents to obtain a diplomatic passport.

Lawyers appearing on behalf of Shashi Weerawansa filed an appeal against the ruling.

Accordingly, the bail application was taken up for consideration before the Colombo Magistrate’s Court today.

Colombo Chief Magistrate Nandana Amarasinghe ordered the release of Shashi Weerawansa on a personal bail of Rs. 5 million and a cash bail of Rs. 50,000.