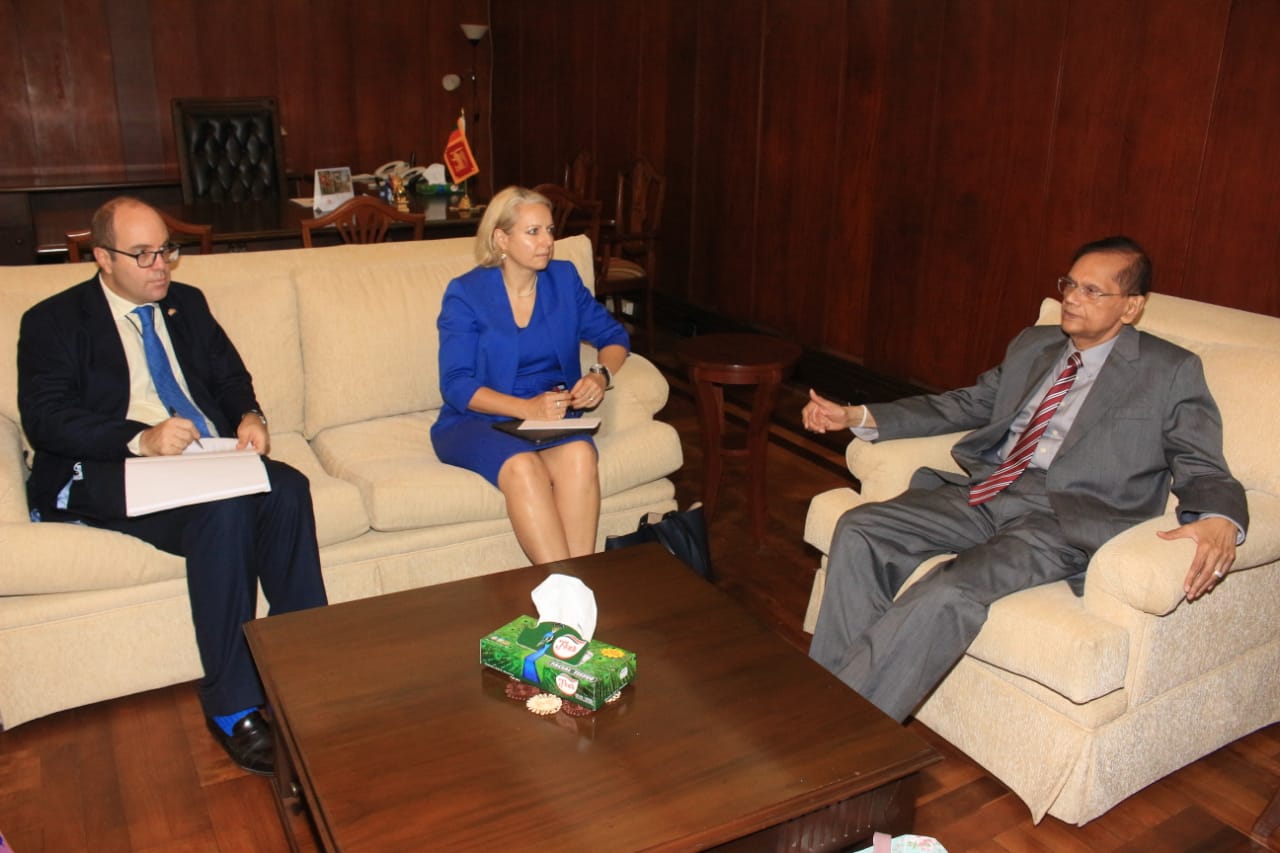 The United Kingdom (UK) is exploring avenues of support towards Sri Lanka, including through both bilateral and multilateral channels, the UK High Commissioner to Sri Lanka, Sarah Hulton said.

The Foreign Minister explained that the government was focussed on ensuring the supplies of essential goods while devising coherent strategies to deal with several economic challenges. Sri Lanka was appreciative of the bilateral assistance received during this period while engaging with multilateral organizations on long term economic recovery, the Foreign Ministry said.

The High Commissioner stated that they understand the economic difficulties faced by Sri Lanka and added that they were exploring avenues of support towards Sri Lanka, including through both bilateral and multilateral channels. The Foreign Minister highlighted the welfare measures that will need to be put in place to target the most vulnerable sections of society.

Foreign Minister Peiris also apprised High Commissioner Hulton on the government’s efforts focused on maintaining law and order and preventing violent incidents that could hamper the lives of citizens. The Foreign Minister explained that the 21st Amendment to the Constitution is currently being studied by political parties. He said that despite the current economic challenges, the government was determined to make progress in addressing post conflict reconciliation related issues.

High Commissioner Hulton stated that the UK Government was examining investment options in Sri Lanka. Sri Lanka has considerable potential in sustainable energy projects and green bonds which address the impacts of climate change. Foreign Minister Prof. Peiris and High Commissioner Hulton also discussed developments related to the Commonwealth, the Platinum Jubilee celebrations of Her Majesty the Queen and the forthcoming Commonwealth Heads of Government Meeting (CHOGM) in Kigali, Rwanda.