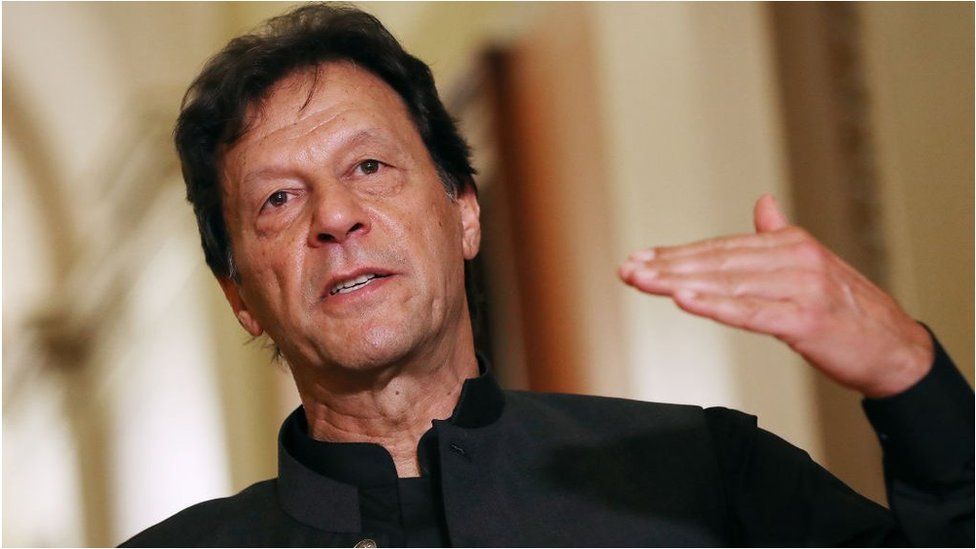 Condemning the crackdown on leaders and workers of his party to stop them from marching on the capital, PTI chief Imran Khan on Tuesday urged “neutrals” to help protect the country’s integrity, as per their oath.

“Allah does not allow being a neutral. You have to decide to stand with the righteous or with the other side,” he said at a presser at CM House. “The entire nation is looking at you (neutrals). The masses will pass judgment and if the country inches towards destruction, you will be equally responsible for it,” he claimed, just two days after asking the army at a presser to “remain neutral if army is neutral”.

The ex-premier also asked the judiciary to intervene. “With great respect, I am asking our judiciary to not allow what is going on in the country,” he said, adding that the entire country had been blocked by placing obstacles in the way of marchers.

He said the government had started harassing PTI leadership and workers. “Did the judiciary allow anyone trespassing privacy inside homes?” he asked, while referring to police raids on the residences of his followers. He warned that judiciary’s credibility would be destroyed if the police raids continued and that would mean end of democracy.

“We have categorically clarified that financial condition of the country is very bad, as the incumbent government has destroyed it,” he said, adding that the fall of Pakistani rupee against the dollar would trigger a fresh wave of price hike.

Warning that Pakistan was heading towards Sri Lanka-like situation, he said the only solution was an immediate election.

He alleged that Shehbaz Sharif and his son Hamza Shehbaz did not join the government to serve the masse but to abolish corruption cases against them. He alleged the incumbent government was determined to “abolish NAB” and “make ECP its slave” with the aim to “win elections through rigging”.

“I will lead the long march from Khyber Pakhtunkhwa and it will be the biggest march in the history of Pakistan,” he said.

He said his efforts for strengthening the democracy were “not politics, but jihad”. America brought the corrupt politicians to rule the Pakistan under a conspiracy, he alleged, adding that they were the “slaves of America” who would obey US directives because they had stashed their wealth in foreign banks.

He recalled that the PTI government during its three and a half years tenure had never barred the opposition from protests or rallies. However, he said, the incumbent government launched a crackdown as if PTI leaders and their families were “criminals or traitors”. (Dawn / Colombo Gazette)