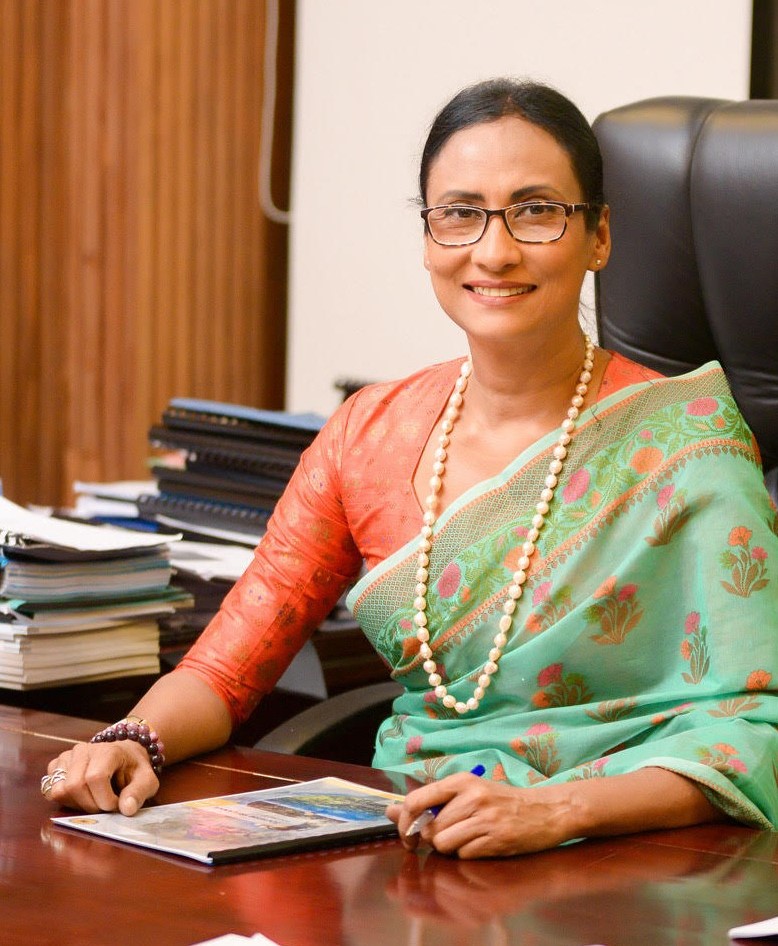 In her resignation letter, Fernando noted the work she has put in during her stint which lasted for 30 months.

She also said that it was regrettable and unprofessional that she never got an opportunity to meet the Minister to review progress.

Fernando said that two meetings the Minister had fixed to meet her were later cancelled.

She accused the Minister of a cavalier attitude, especially at this critical time.

Fernando also went on to say that the tourism industry is not limited to a few Colombo based associations represented on the tourism boards.

She said that a handful of “veterans” act like a “cartel” promoting only the age-old pre-internet trade show model. (Colombo Gazette) 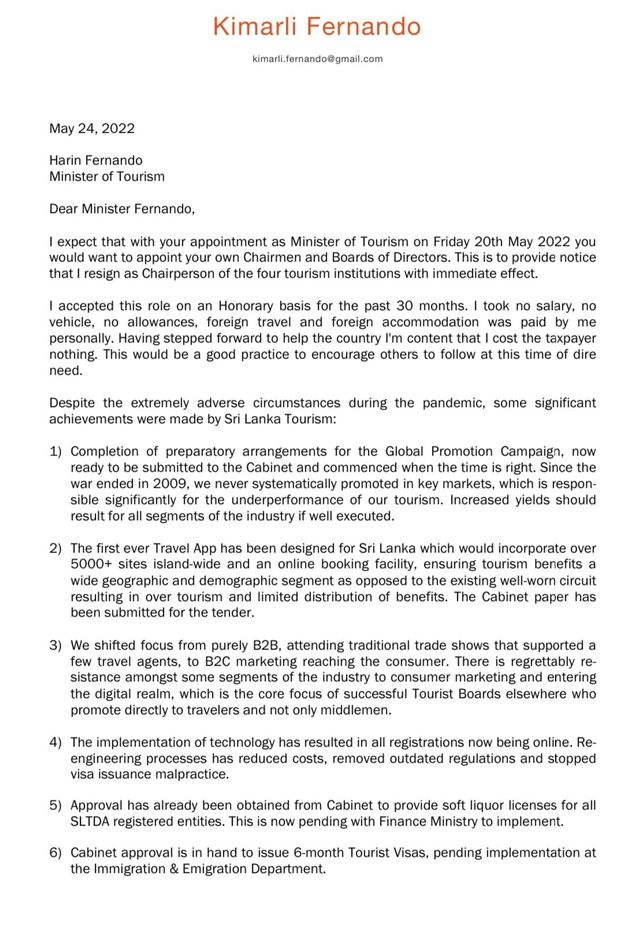 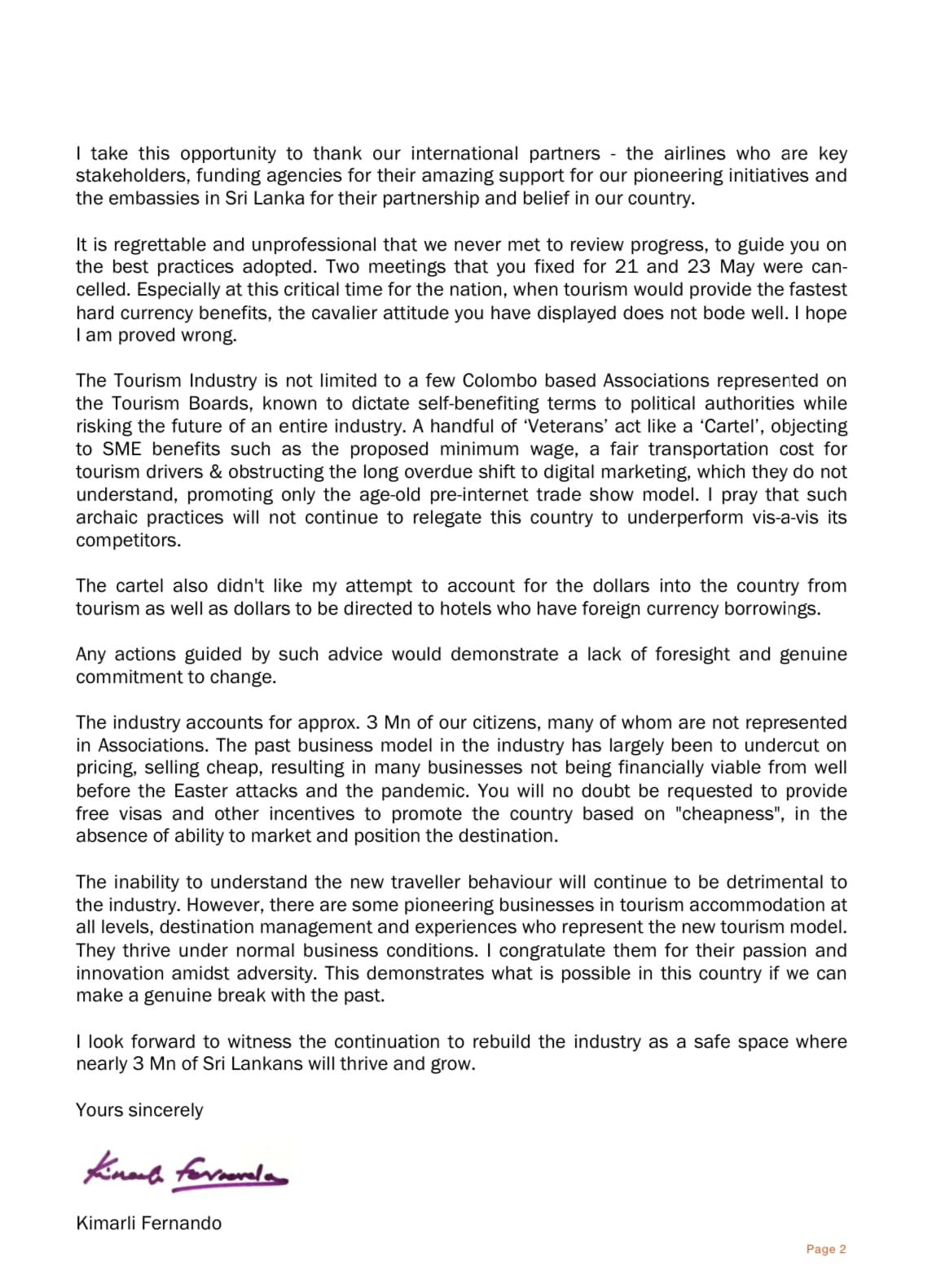