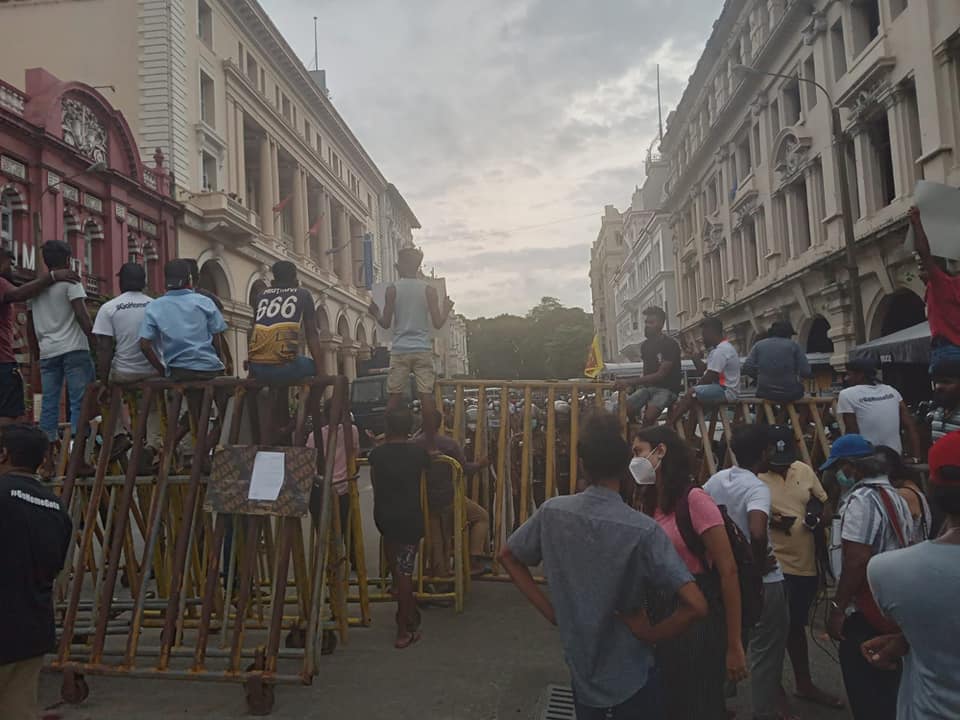 Demonstrators from Gota Go Gama staged a protest near the office of the Criminal Investigations Department (CID) in Fort today, demanding the arrest of MP Johnston Fernando.

The Police placed barricades and closed the road after a large crowd gathered near the CID office when former Minister Johnston Fernando had arrived to record a statement.

A tense situation arose when the protesters attempted to remove some the barricades.

Johnston Fernando was questioned for over 4 hours over the incident were peaceful protesters were attacked at Gota Go Gama in Galle Face and near Temple Trees on the 9th of May.

The attack had taken place following a meeting at Temple Trees attended by Fernando and a number of other Sri Lanka Podujana Peramuna (SLPP) MPs. (Colombo Gazette)