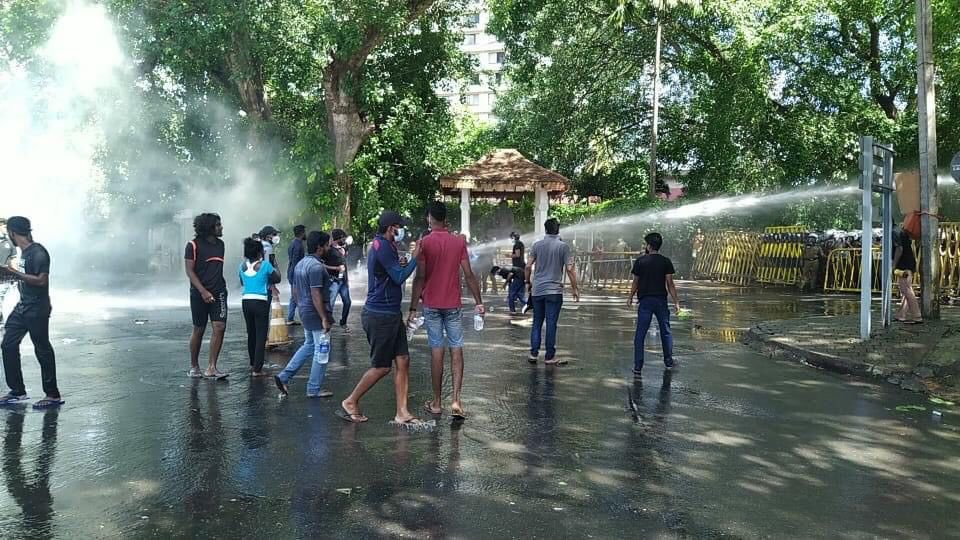 The students had attempted to remove Police barricades leading to the President’s House when tear gas and water cannons were fired.

The Colombo Fort Magistrate had earlier issued an order on the protest march by the students.

The order banned the students from entering certain roads in Fort or damaging property.

The order was issued on a request made by the Fort Police.

The court order banned the students from entering or damaging State institutions in the Fort area.