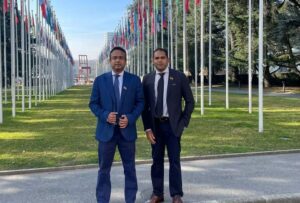 The SJB had said earlier that it will not accept Cabinet posts as long as Gotabaya Rajapaksa remains President.

Both Fernando and Nanayakkara have joined the Cabinet without the support of the SJB.

The two new Ministers are among nine Cabinet Ministers who took oaths today.