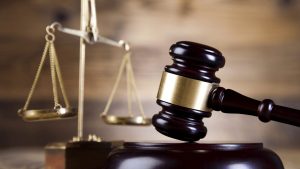 India’s NIA Special Court has rejected an anticipatory bail application filed by an accused wanted in connection with the human trafficking of 38 Sri Lankan nationals, who were brought to Tamil Nadu by sea and later to Mangaluru, to be sent to Canada by sea illegally.

Seeni Aabulkhan, a resident of Mandapam in Ramanathapuram of Tamil Nadu, who is accused number nine in the case, has been absconding since June last year when the case came to light. The case, which was initially registered in Mangaluru South police station, was handed over to the National Investigation Agency (NIA) for further probe.

Aabulkhan had moved an anticipatory bail petition seeking relief and his counsel contended that Aabulkhan had received the Sri Lankans believing that they were refugees. “The arrival of Sri Lankan refugees to India is common nowadays because of the economic crisis and political instability in Sri Lanka and the Government of India is generous in receiving refugees from there and providing them food and shelter,” the counsel contended.

However, the prosecution had submitted that Aabulkhan had carried out various phases of the crime such as harbouring, providing logistical arrangements like transportation and lodging and misleading the public in Mangaluru that the Sri Lankan nationals were labourers from Tamil Nadu. Further, it was submitted that the victims were lured by agents who had promised to send them to Canada for better future prospects.

The prosecution contended that the petitioner (Aabulkhan) was absconding and evading the process of investigation from the beginning and the case, which is serious in nature, had national and international ramifications.On Wednesday, judge Kasanappa Naik rejected the bail petition stating that the records reveal that the petitioner has taken an active part in the crime and there is a requirement for his custodial interrogation. (New Indian Express)