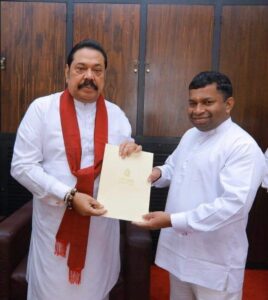 Pillayan is reported to have fled by boat to a foreign country.

Media reports claimed that he had fled to Malaysia and was to travel to a European country from there.

Chandrakanthan was appointed last month as the State Minister of Rural Road Development.

Pillayan had been jailed but was released on bail after Gotabaya Rajapaksa became President. (Colombo Gazette)