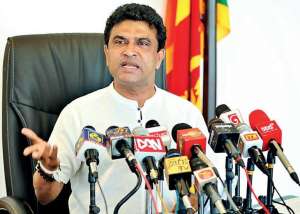 He said that the SJB will not join talks on forming an interim administration with Gotabaya Rajapaksa as President.

Prime Minister Mahinda Rajapaksa resigned from his post yesterday to make way for an interim administration.