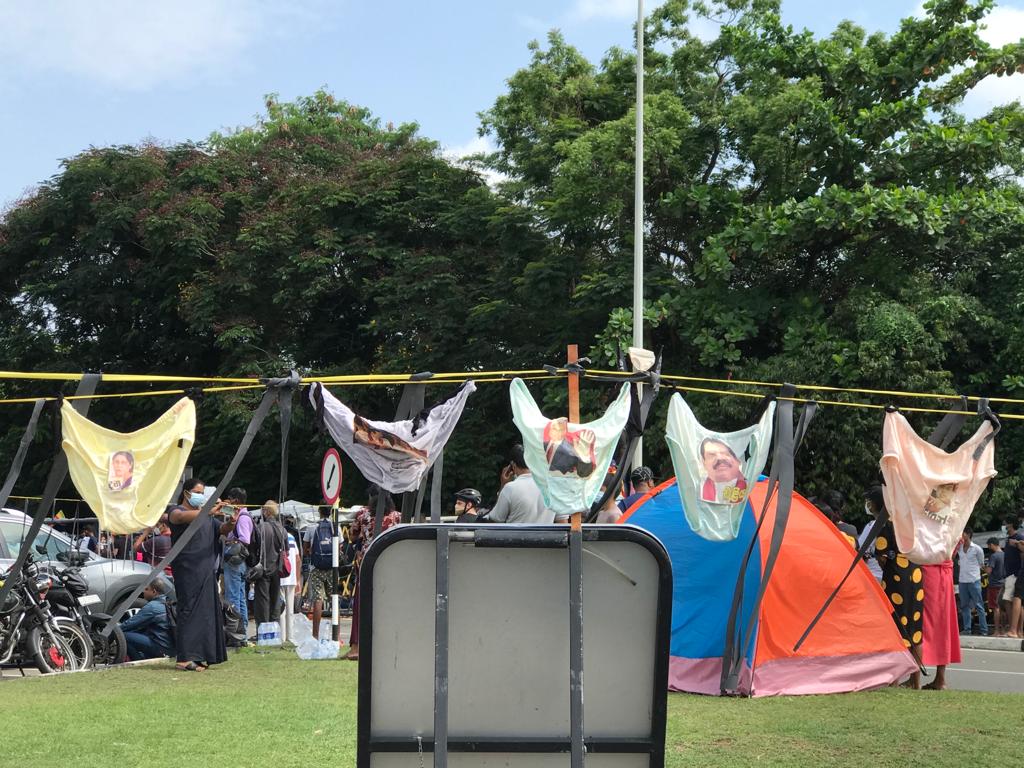 An underwear protest was launched near the Sri Lanka Parliament today.

Underwear were placed on barricades along Parliament Road as a mark of protest against the Government and Parliament.

Some underwear had images of the President, Prime Minister and others.

The underwear were placed near the ongoing protest by inter-university students.

The students came under a tear gas and water cannon attack but they remained at the location overnight. (Colombo Gazette)