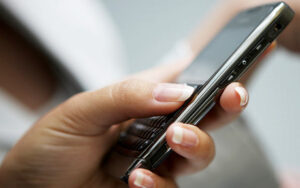 The Telecommunications Regulatory Commission of Sri Lanka has granted permission to Bharti Airtel Lanka (Pvt) Ltd (Airtel) to shut down its 3G mobile network by 24.06.2022.

As a result of the shutdown of the 3G network, the 3G connectivity of Airtel subscribers who use only 2G and 3G enabled mobile phones would be disconnected automatically   after the scheduled date of the network shut down.

TRC said that 3G shutdown is primarily intended to utilize the existing frequencies to deploy 4G services that offer better speed and capacity.

According to the TRC, a timeline of 15 months had been given to Airtel to avoid service disruptions it might experience at the end of the transition period due to the shutdown of their 3G network.

Airtel is obliged to absorb at least 90% of its 3G subscriber base into their 4G network during the transition phase subject to the following conditions.

1. Conduct public awareness campaigns to encourage Airtel subscribers to migrate to 4G network ahead of 3G shut down

2. Take every endeavor to provide 4G handsets for its 3G subscribers at subsidized rate on installment basis

3. Drive the transition by offering incentives such a series of different promotions, an impressive tariff package for the first 06 months

4. Notify its 3G subscribers by sending SMS, at regular intervals, to change their handsets with 4G enable ones before the given timeline

Airtel subscribers who are still using only 2G and 3G enabled phones have been told to contact Airtel over the short code 780 immediately to obtain the 4G connectivity together with a new mobile phone under concessionary terms. (Colombo Gazette)