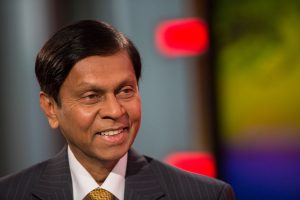 Another overseas travel ban was issued by the court today on the former Governor of the Central Bank of Sri Lanka (CBSL), Ajith Nivard Cabraal.

Cabraal has also been ordered to appear before the court on 07 June 2022.

The former Central Bank Governor was accused of paying a sum of USD 6.5 million to an American national without Cabinet approval when he served as Governor from 2006 to 2015.