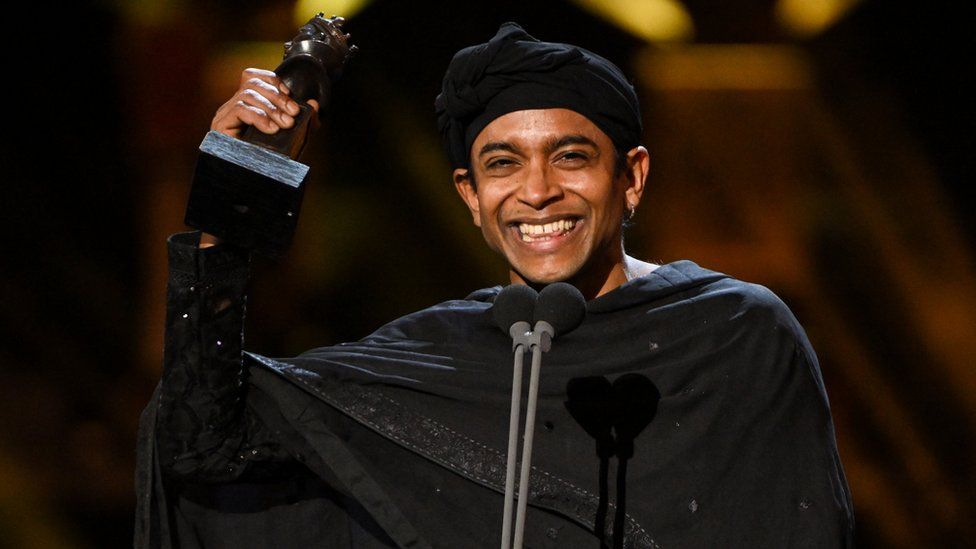 Life of Pi star Hiran Abeysekera, drew attention to the crisis in Sri Lanka after winning the award for best actor at the Olivier Awards.

A stage adaptation of Life of Pi and a revival of the musical Cabaret were the big winners at Sunday’s Olivier Awards.

It was a jubilant night for theatre at the Royal Albert Hall as the stage industry celebrated a year in which performances resumed after lockdown.

Life of Pi, based on the Booker Prize-winning novel, was named best new play and scooped several technical prizes.

In a touching speech, the show’s star Abeysekera said he was “overwhelmed” to win best actor. He paid tribute to his home country of Sri Lanka, which he said was going through a “tough time now… I think of you and wish I was there with you”.

Sri Lanka is facing a serious financial crisis and there have been protests in recent days calling for the resignation of President Gotabaya Rajapaksa. (Colombo Gazette/BBC)