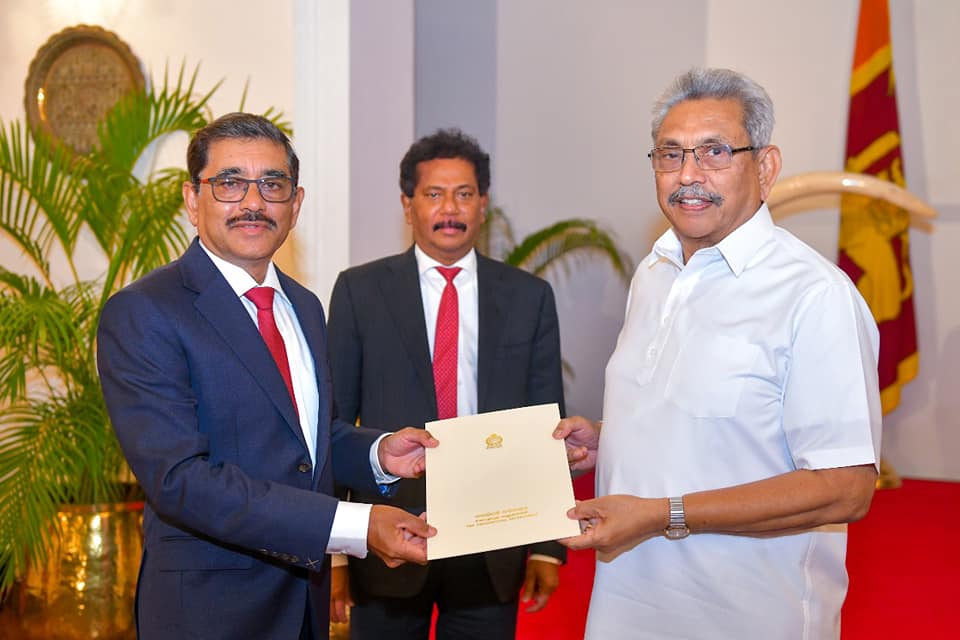 Dr. Nandalal Weerasinghe has been appointed as the new Governor of the Central Bank of Sri Lanka (CBSL).

He accepted his appointment letter from President Gotabaya Rajapaksa today.

Meanwhile, K.M. Mahinda Siriwardena was appointed as the new Secretary to the Ministry of Finance.

Dr. Weerasinghe served as the Former Senior Deputy Governor of the Central Bank and was overseas on a private visit when he was asked to take over the post,

He had arrived in the country today and accepted the appointment.

Dr. Weerasinghe replaced Ajith Nivard Cabraal who had resigned from the post following the recent resignation of the entire Cabinet. (Colombo Gazette)