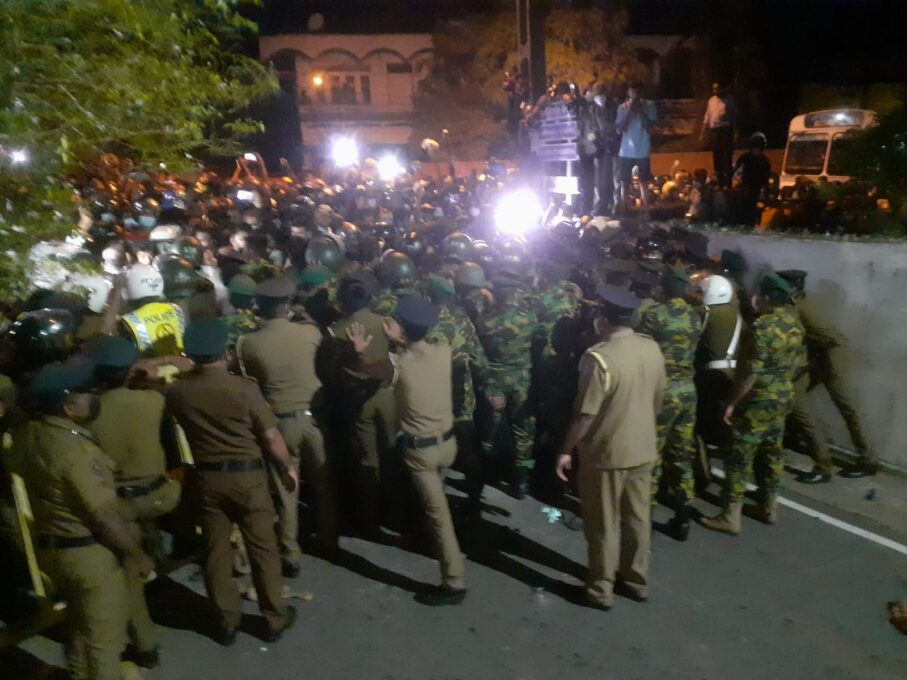 Members of an extremist group have been linked to the violence near President Gotabaya Rajapaksa’s private residence in Mirihana last night, the President’s Office claimed.

However, further details of the “extremist group” were not mentioned.

The President’s Media Division said that individuals with iron rods and clubs instigated the violence at Pengiriwatta Mawatha in Mirihana,

The Police said that a number of people accused of being involved in the violence have been arrested.

Police Spokesman, SSP Nihal Thalduwa said that 45 people were arrested so far and among them was one woman.

The Police said that two buses, a jeep, three-wheeler and two motorcycles were also set on fire.

Meanwhile, two photojournalists, and five policemen were among those injured in the clashes. (Colombo Gazette)

CWC decides to vote against the Government