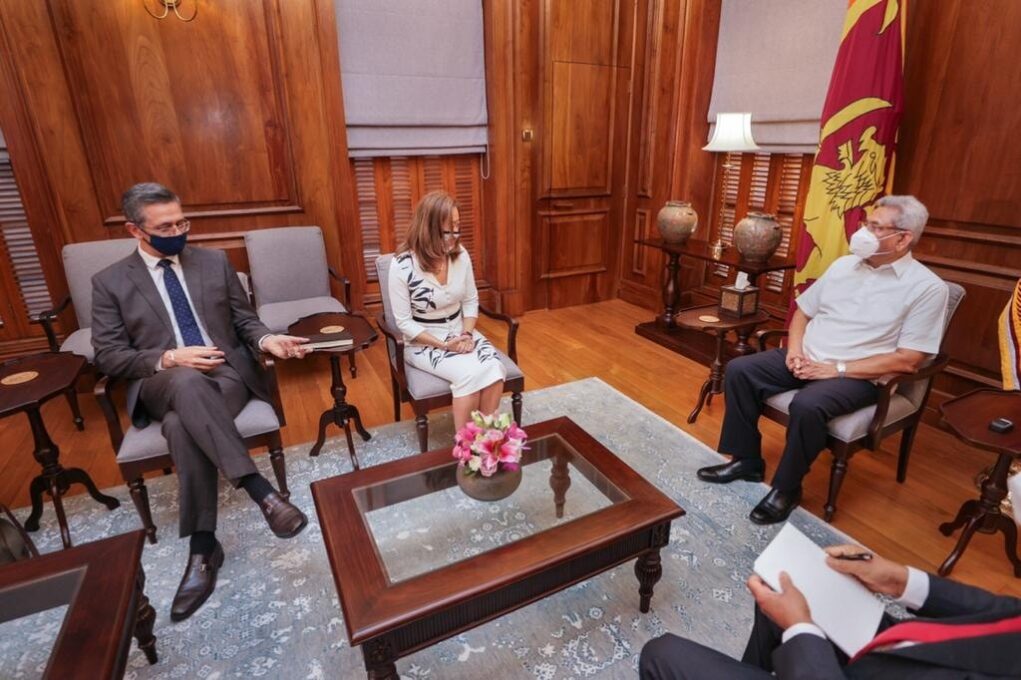 The US Ambassador to Sri Lanka, Julie Chung said that the United States Agency for International Development (USAID) will provide credit facilities for renewable energy projects.

The Ambassador made these remarks when she called on President Gotabaya Rajapaksa at the Presidential Secretariat, today.

The Ambassador commended the assistance given by the Government during the visit of the US State Department’s Under Secretary for Political Affairs Victoria Nuland to Sri Lanka.

Meanwhile, the President said that he was looking forward to the support of the United States in reaching out to the International Monetary Fund.

Ms. Chung praised the Government’s decision to go to the International Monetary Fund and said it was important for the future of Sri Lanka.

President Rajapaksa stated that steps will be taken to provide relief to low-income earners, irrespective of any economic reforms.