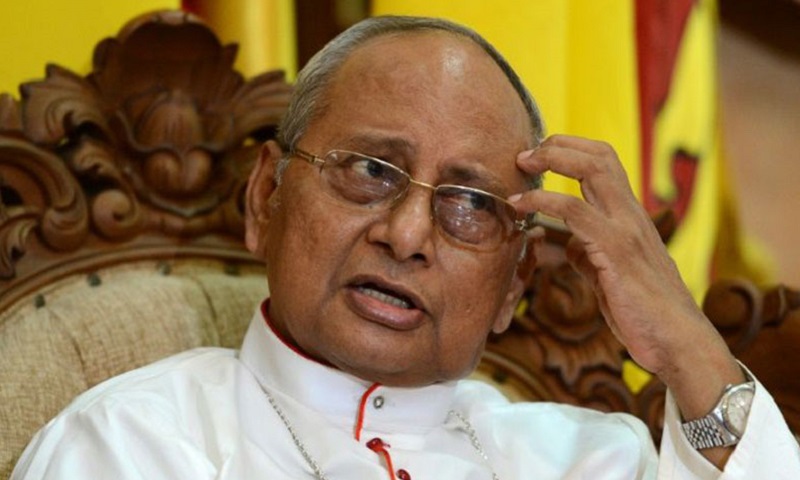 The Archbishop of Colombo, His Eminence Malcolm Cardinal Ranjith, says flawed choices made by politicians and the public, is to blame for the current crisis in Sri Lanka.

Speaking at a mass held at the Cathedral of Christ the Living Saviour, the primary Anglican cathedral in Colombo this evening, Malcolm Cardinal Ranjith said that the citizens of Sri Lanka have allowed themselves to be used for vested political and cultural interests when choosing political leaders over the years.

He said that Sri Lanka has continued to slide down over the past 74 years, moving from good to bad, when other developed nations in Asia moved forward.

He said this is attributed to a series of choices made during the post independence era, subservient to a narrow minded vision concerning the new nation.

The Archbishop said that the wrong and short-sighted political choices has led to the economic life in Sri Lanka being in tatters.

He also said that communities remain divided in Sri Lanka and are deeply suspicious of each other.

“We need to come to the senses and understand that we have made mistakes. That a new beginning or a national conversion is very much needed,” he said.