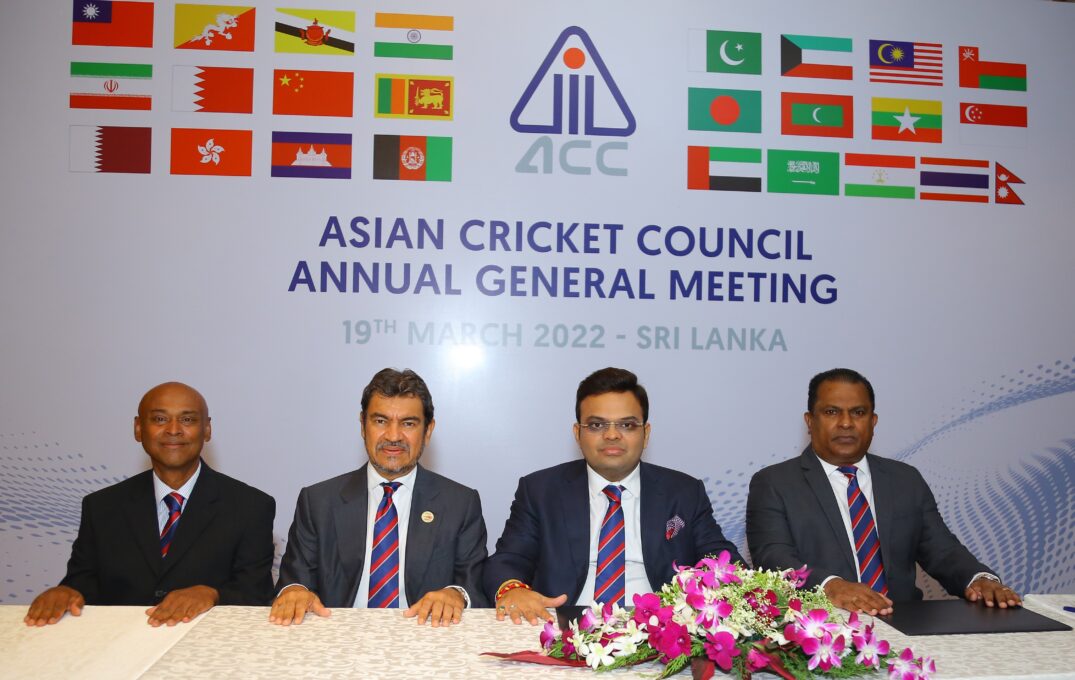 ACC President and BCCI Secretary, Jay Shah chaired the meeting and announced the dates for the Asia Cup in 2022. Sri Lanka Cricket is geared to host this edition of the ACC’s much awaited marquee tournament after 4 long years.

The ACC Members decided that the tenure of the ACC President, and that of the Executive Board along with its Committees will continue until the 2024 AGM.

Addressing the AGM, the ACC President, Jay Shah, stated “I would like to thank all of my esteemed colleagues at the ACC for reposing their faith in me and considering me worthy to carry on all the work we had begun. I humbly accept this honour and am committed to working hard with a view to organize, develop and promote our beloved sport of cricket in the region, aiding the ACC to steadily grown in stature. We remain committed towards ensuring the all-round development of cricket in the region, especially carrying forward the pioneering work in women’s cricket and the multiple grassroot tournaments the ACC conducts in the region around the year. The pandemic hopefully is behind us and I am keen that we adapt, innovate and help the ACC grow from strength to strength from hereon.”

Khimji takes on the role from Mr. Mahinda Vallipuram of the Malaysian Cricket Association. The ACC President stated that he looked forward to working with Khimji towards shaping the future of Asian cricket.

Finally, QCA, who had been an Associate Member of the ACC since the year 2000, presented their application to upgrade their Membership to that of Non-Test Playing Full Member status.

In addition to the above, other routine matters of business were also discussed. The Members noted that there was a lot to look forward to for the Asian cricketing community in 2022.

The meeting was concluded with a vote of thanks to the chair. (Colombo Gazette)