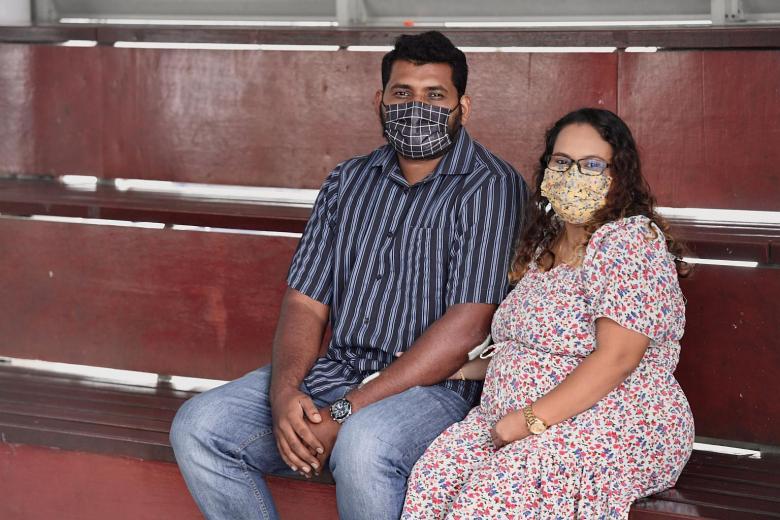 A Sri Lankan born Singapore resident, who was the victim of a sword attack, has been lauded by the Police for his bravery.

Amila Chinthana, 35, was confronted by the man with a sword near a mall on Monday.

Chinthana had been recording the man with a sword using his mobile phone, as he started attacking cars.

The suspect had then approached Chinthana and attacked him but the the victim managed to defend himself using shopping bags in his hand.

The Sri Lankan born man pulled down the suspect and held him with the assistance of another person.

Later a few others came to their help and held the suspect before the Police arrived.

The Police said that preliminary investigations revealed that the man had allegedly consumed some unknown pills prior to leaving his home with the sword.

“The man had a brief altercation with members of the public at the lift lobby of the HDB block at which he resided. Subsequently, he jaywalked across the road, and allegedly used his weapon to hit five passing cars. At the traffic junction in front of Buangkok Square Mall, he allegedly swung his weapon against another man. At this point, other members of the public came forward and assisted to restrain him until the Police arrived and arrested him,” the Singapore Police said in a statement.

Preliminary investigations do not suggest the incident to be an act of terror.

The man has been charged in court for the offence of voluntarily causing hurt by dangerous weapons or means, under Section 324 of the Penal Code 1871.

The Police commended the members of the public who had bravely assisted to restrain the armed individual, pending the arrival of Police officers.

Commander of Ang Mo Kio Police Division, Assistant Commissioner of Police Zed Teo, said: “The six members of the public helped to detain the assailant before Police’s arrival and prevented him from causing more harm to the public. The Police would like to commend them for their courage and public spiritedness. We will be presenting them with the Public Spiritedness Award in recognition of their brave actions.” (Colombo Gazette)