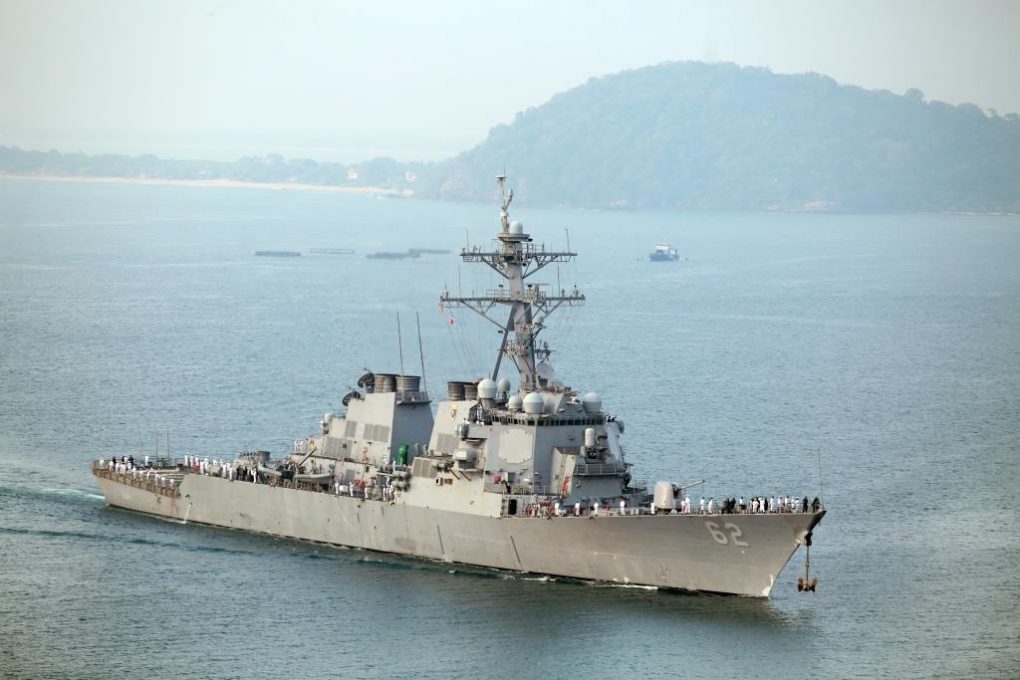 USS Fitzgerald (DDG-62), an Arleigh Burke-class destroyer in the US Navy, which in 2017 was involved in a deadly accident killing 7 sailors, arrived in Trincomalee today.

The Sri Lanka Navy welcomed the visiting ship in compliance with naval traditions.

The 160m long destroyer is commanded by Commander D.J. Catteral and the ship is manned by a 300 member crew.

The crew of USS Fitzgerald (DDG 62) is expected to take part in several programmes organized by the Sri Lanka Navy to promote camaraderie and exchange best practices between both navies. The ship is scheduled to depart the island on 16th March.

On June 17, 2017, the Fitzgerald was sailing off the coast of Japan, approximately 64 miles southwest of Yokosuka, when it collided with the Philippine-flagged cargo ship ACX Crystal.

The accident caused significant damage to the destroyer’s superstructure and hull. A large puncture below the waterline flooded three compartments, and the captain’s cabin was destroyed.

A Navy investigation into the collision cited crew exhaustion, skipped certifications, poor watch-standing and training and manning problems among the causes of the collision, which the report found was preventable.

USS Fitzgerald (DDG-62), an Arleigh Burke-class destroyer in the US Navy, which in 2017 was involved in a deadly accident killing 7 sailors, arrived in Trincomalee today and will remain in Sri Lanka till 16th March #Srilanka #lka #US #USNavy @USEmbSL @USNavy #USSFitzgerald pic.twitter.com/H58ahNovD1