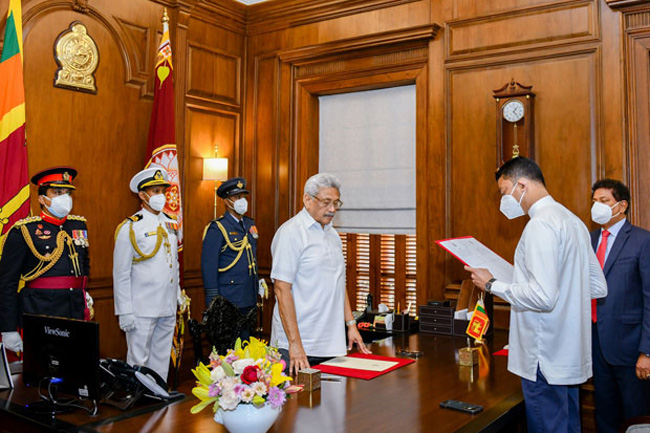 Amunugama was appointed as the new Minister of Transport.

Meanwhile, Minister C.B Ratnayake was sworn in as the Cabinet Minister of Wildlife Protection and Forest Resources Development.