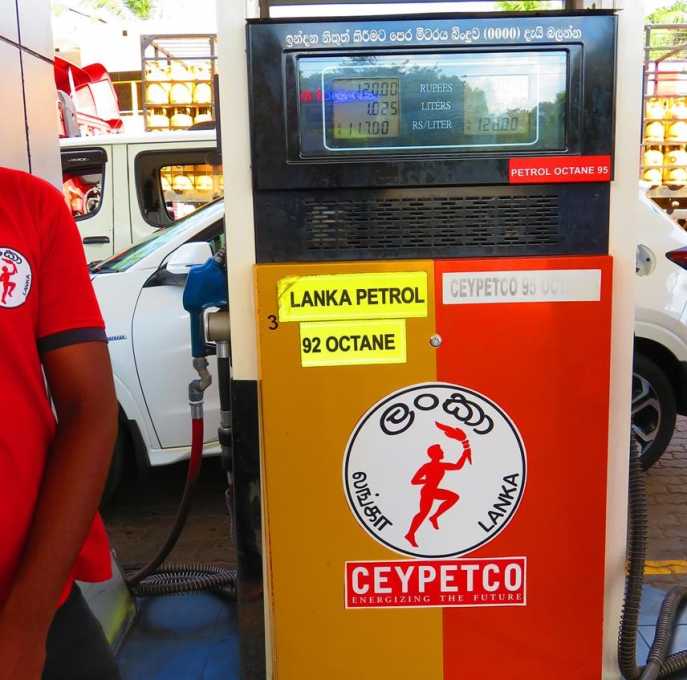 The Central Bank of Sri Lanka has requested the Government to increase fuel prices and electricity tariffs immediately, to reflect the cost.

Considering the severity of the external shocks and continued disruptions to domestic economic activity, the Monetary Board of the Central Bank was of the view that a comprehensive policy package containing both traditional and non-traditional measures, along with other initiatives that have an impact on the overall economy, is essential to counter such economic headwinds.

Accordingly, after carefully considering the current and expected macroeconomic developments both globally and domestically, the Monetary Board of the Central Bank of Sri Lanka, at its meeting held on 03 March 2022, decided to reinforce its stance adopted in January 2022.

The Monetary Board was of the view that the above measures will dampen the possible build-up of underlying demand pressures in the economy, which would, in turn, help ease pressures in the external sector, thus promoting greater macroeconomic stability.

At the same time, concerted efforts will need to be urgently taken by the Government to complement the efforts taken by the Central Bank to overcome the present economic challenges.

Therefore, as its Economic and Financial Advisor, the Central Bank has advised the Government to diligently consider;

a) introducing measures to discourage non-essential and non-urgent imports urgently based on the previous recommendation made by the Central Bank
b) increase fuel prices and electricity tariffs immediately, to reflect the cost
c) incentivising foreign remittances and investments further
d) implementing energy conservation measures, while accelerating the move towards
renewable energy
e) increasing government revenue through suitable tax increases on a sustained basis
f) mobilising foreign financing and non-debt forex inflows on an urgent basis
g) monetising the non-strategic and underutilised assets, and
h) postponing non-essential and non-urgent capital projects.

The Central Bank said that the above measures would ensure that a coordinated approach is adopted to overcome the challenging economic circumstances faced by the country and to prudently exit the COVID-related policy accommodation. (Colombo Gazette)