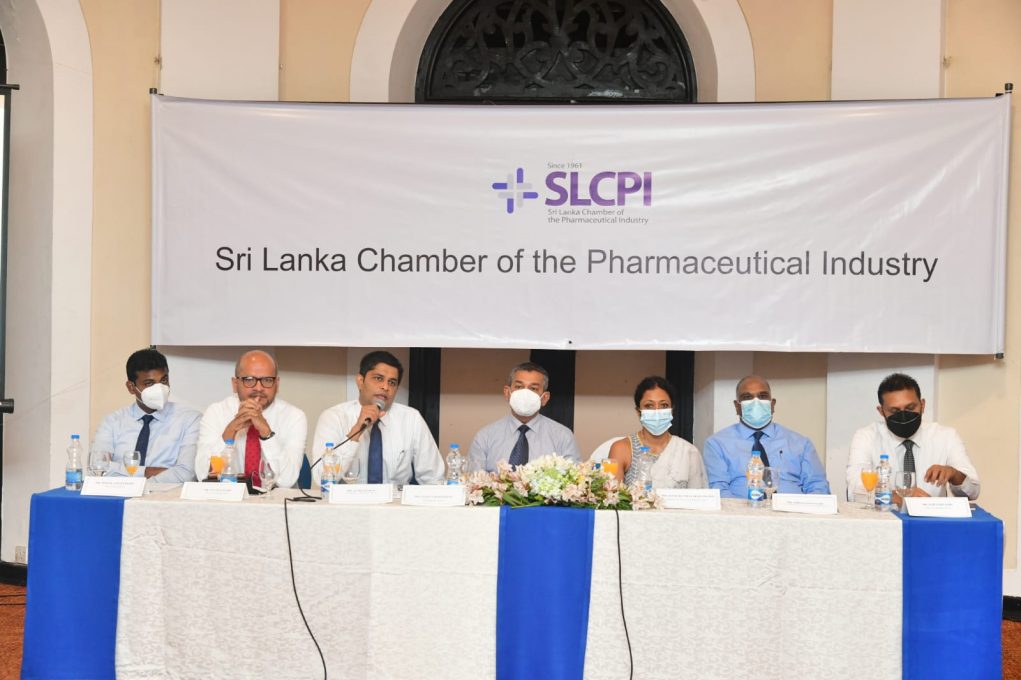 The Sri Lanka Chamber of the Pharmaceutical Industry (SLCPI) today noted concerns over the shortage of essential medicines amidst the country’s ongoing economic crisis.

While the pharmaceutical industry has been affected by global issues such as logistics challenges, cost escalation of raw materials and inflation and Sri Lanka is not an exception to these challenges. Industry officials identified three key factors affecting the current shortage of essential medicines in Sri Lanka.

The pharmaceutical industry noted that they are currently unable to sustain supplies of essential medicines due to unrealistic price regulations set by the National Medicines Regulatory Authority (NMRA). All essential drugs are under price control since October 2016, without a pricing mechanism.

“A sustainable pricing mechanism will help adjust for key input costs changes such as the exchange rate, fuel costs, interest and inflation. The NMRA has been requested by the court to establish a price mechanism that is sustainable both to the industry and the patient. This has not happened yet”, SLCPI noted.

The industry further noted that there is undue delay at the NMRA in 1) granting the re-registration of products which have been available in the market for a considerable period, and 2) new product registrations. With regulatory fees increasing by an average of 11-fold, the service of the regulator is below expectation.

“There is a severe delay in processing the documents for granting product registration approvals and import licenses”, SLCPI stated.

“85% of pharmaceutical products are imported, and these imports are paid for by US dollars. The current US dollar shortage in the country has increased the difficulty of importing essential medicines. In addition to this, companies have been unable to pay their dues. As a result, suppliers are no longer interested in supplying to Sri Lanka”, stressed SLCPI.

The situation is further worsened as banks find it difficult to honour the Letters of Credit (L/Cs) that are opened to import drugs. Bank delays in opening the L/Cs until there are sufficient dollars has resulted in shipments being scheduled according to the availability of dollars and not according to the needs of the patients, the industry warned.

The well-being of our patients is our priority. During the pandemic, we demonstrated this by ensuring continuous supplies in trying circumstances. We are prepared to work with the government and engage with relevant stakeholders to secure Sri Lanka’s immediate requirements for medicines and prevent medicine shortages, but solutions to dollar shortages and more importantly acceptable pricing mechanism as well as immediately ironing out NMRA red tape for registrations are prerequisites.” SLCPI stated.

SLCPI serves as the representative of over 60 members who account for more than 80% of the private pharmaceutical industry, spanning manufacturers, importers, distributors and retailers. These stakeholders supply Sri Lankan patients with 1200 molecules from 435 manufacturers from across the world. (Colombo Gazette)