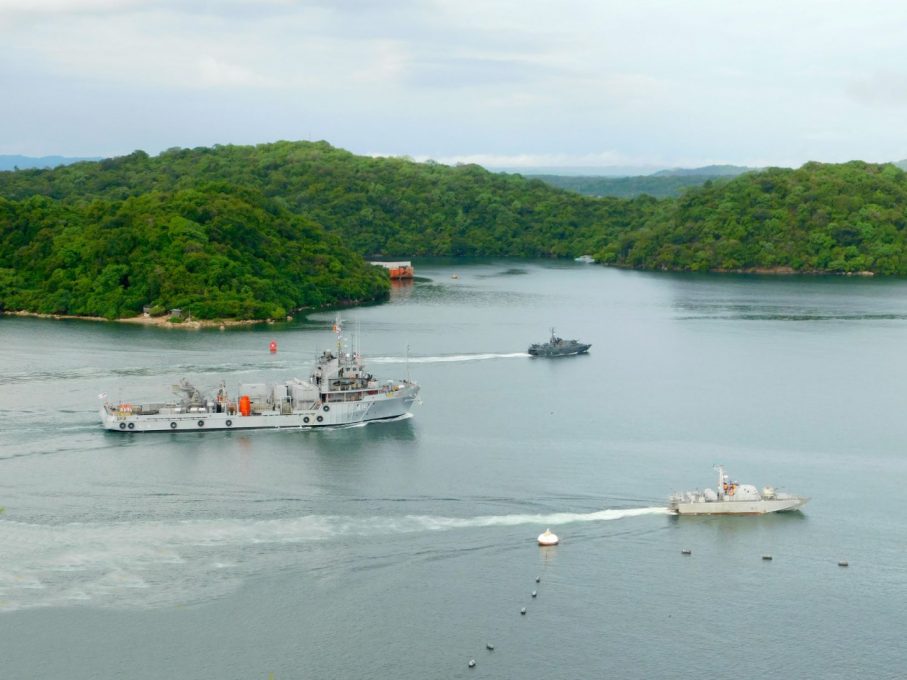 The Indian Navy ship ‘Nireekshak’, which is a highly advanced diving support ship of the Indian Navy, arrived at the port of Trincomalee today to facilitate Mixed Gas Diving training for the Sri Lanka Navy.

The ship was warmly welcomed by the Sri Lanka Navy in accordance with naval tradition. After arrival, the Commanding Officer of the Indian Naval ship, Commander Mohammad Ikram called on Commander of Eastern Naval Area, Rear Admiral PDS Dias. They held cordial discussions on furthering training in diving during the ten day deployment.

The ship is fully capable to undertake rescue operations from a submarine in distress and training of saturation divers.

The ship had earlier visited Trincomalee in September 2019 for a similar training deployment for SLN divers.

Such continued engagement of Indian Naval ships with the Sri Lanka Navy is in keeping with Government of India’s capacity building initiative as part of its ‘Neighborhood First’ policy. (Colombo Gazette)