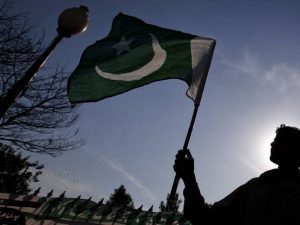 Karachi [Pakistan], February 21 (ANI): Pakistan media bodies have rejected the oppressive amendments to the Prevention of Electronic Crimes Act (PECA), saying it is a flagrant move to undermine the freedom of the press, speech and defiant voices in the country, local media reported.

“All media bodies would take any and all legal actions to challenge the attempt to curb media’s independence and its right to raise voice against any steps to curb freedom of expression as guaranteed in the Constitution,” the Pakistani newspaper reported quoting JAC statement issued on Sunday.

The JAC has said that it will defy PECA as it is evident that the government is pushing through its “ill-conceived and draconian agenda” through various Presidential ordinances. All media bodies stand united to defend freedom of expression and people’s right to information, it added.

Under the ordinance, the definition of a “person” has been broadened to include any company, association, institution, organisation, authority, or any other. Furthermore, anyone found guilty of attacking a person’s “identity” will now be sentenced to five years instead of three years, reported The News International.

Another amendment to the country’s election laws allows any person holding any office under the constitution or any other law, to visit or address public meetings in “any area or constituency”.

“Insulting the dignity of another person on social media will be made a punishable offence and the courts will be bound to decide the cases within a period of six months,” reported the publication quoting Fawad Chaudhary’s tweet.

Last Friday, the International Federation of Journalists (IFJ) expressed ‘deep concern’ over the arrest of senior journalist Mohsin Jamil Baig under the Anti-Terrorism Act after an alleged ‘cybercrime complaint’ was lodged by Federal Minister for Communications Murad Saeed Baig. (ANI)